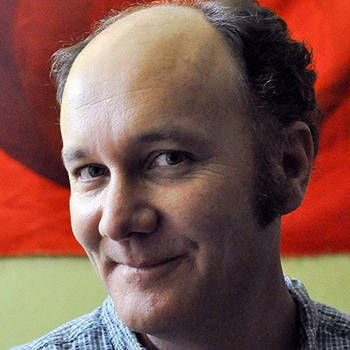 NCBA CLUSA is pleased to announce the appointment of Brian Donovan as executive director of the newly formed Austin Cooperative Business Association (ACBA). Most recently, Brian was the membership administrator and general administrator for the Inter-Cooperative Council at the University of Texas in Austin. In addition, Brian is one of the founding members of the Austin Cooperative Think Tank, the ACBA’s predecessor and a driving force behind the creation of a cross-sector cooperatives group in the Austin region.

In January 2013, NCBA CLUSA and the Austin Cooperative Think Tank held the first Austin Co-op Summit. “The Summit turned out to be a fateful event indeed,” said Donovan. “NCBA CLUSA’s new CEO Mike Beall was there and in the closing session he proclaimed that NCBA CLUSA was here to help, and suggested it was about time for the Think Tank to be staffed up for full-time work growing the cooperative economy in our region.”

Reflecting on his new role Brian added, “I intend to spend the next stage of my career working for the broader cooperative movement in the Austin area and around the United States. This is a pivotal moment for Austin, Texas, the United States, and the world. I firmly believe that cooperation is the best way to share wealth and power more fairly right here and all over the U.S. I intend to rebuild our economy in a cooperative way. As you know one person cannot make a cooperative, it will take many of us to grow the cooperative economy. Together we can do a lot.”Please join NCBA CLUSA in welcoming Brian Donovan as executive director of the Austin Cooperative Business Association.