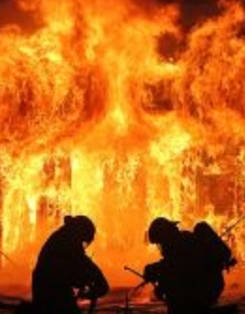 The Cooperative Development Foundation’s (CDF) Board of Directors approved a disaster grant of $5,000 to help The Co-op Natural Foods, Sioux Falls, SD, recover from fire damage.

On January 19, The Co-op Natural Foods was devastated by a fire resulting from a suspected burglary and arson. Though no one was injured, only the shell of the building remained standing. The loss of the co-op struck a blow to the community as well as the co-op’s 2,500 members, 18 employees, and 40 local producers who supply the store. The grant will be used for expenses not covered by insurance to get the co-op operating in a new location.

“We lost everything to a fire on January 19th — the food, the computers, the refrigeration, everything.” said Molly Langley, general manager. “I have no special wisdom about how to cope with such a devastating loss. I will say this: being part of the co-op community made these last six weeks survivable…. Every single day has brought challenges; but I always knew there was someone in the co-op community who had a suggestion, a hopeful perspective, and an empathetic ear.”

CDF’s Co-op Disaster Recovery Fund aids cooperatives and members impacted by disasters and promotes co-op enterprise in recovering areas. Contributions to the fund come from cooperative members and organizations across the United States.  To read more about CDF, click here.