In 2020, NCBA CLUSA’s DEI Committee launched a staff newsletter and a series of virtual coffee breaks—both designed to create a shared space for meaningful conversations and thoughtful reflection around diversity, equity and inclusion topics. These engagement opportunities support NCBA CLUSA’s ongoing work to more deeply root diversity, equity and inclusion into our organizational culture, policies and practices. They also serve as a platform for NCBA CLUSA staff to share media recommendations. As many of us continue to intentionally diversify our media diets, our “staff bookshelf” has grown to include not only books, but also podcasts, television and film.

For this special issue of Co-op Weekly, we wanted to share a selection of what we’re reading, listening to and watching. And we want to hear your recommendations, too. What media have you discovered and engaged with over the past year?

The art that we create and consume—whether a movie or piece of music, a story or a sculpture—humanizes us to each other, creating a bridge to a “we/us world” away from the “them/other island.” The more that we learn about each other, the better equipped we become to create and sustain inclusive and connected communities and economies.

The art that we create and consume—whether a movie or piece of music, a story or a sculpture—humanizes us to each other, creating a bridge to a “we/us world” away from the “them/other island.” 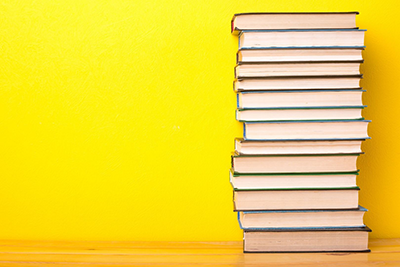 Caste: The Origin of Our Discontents
From Isabel Wilkerson, the bestselling author of The Warmth of Other Suns, an invitation to discover the inner workings of an American hierarchy that goes far beyond the confines of race, class or gender.

Crying in H Mart
Michelle Zauner explores her identity as a biracial Asian-American, the bonds that food can forge and her efforts to understand and remember her mother.

Except for Palestine
A bold call for the American Left to extend their politics to the issue of Israel-Palestine, from a New York Times bestselling author and an expert on U.S. policy in the region.

Fear Itself: The New Deal and the Origins of Our Times
Author Ira Katznelson examines the New Deal through the lens of a pervasive, almost existential fear defined by the collapse of capitalism and the rise of dictatorships, as well as a fear created by the ruinous racial divisions in American society.

From the War on Poverty to the War on Crime: The Making of Mass Incarceration in America
In the U.S. today, one in every 31 adults is under some form of penal control, including one in 11 African American men. Elizabeth Hinton traces how the “land of the free” became the home of the world’s largest prison system.

How to Be Antiracist
Ibram X. Kendi weaves a combination of ethics, history, law and science with his own personal story of awakening to antiracism.

Indigenously
Not a book but a weekend newsletter from founder and editor Jenni Monet (Laguna Pueblo) about reclaiming the Native narrative the way her ancestors did thousands of years ago.

On Intersectionality: Essential Writings
Key essays and articles that have defined the concept of intersectionality from black feminist and critical legal theory Kimberlé Crenshaw, collected together for the first time.

One Mighty and Irresistible Tide: The Epic Struggle Over American Immigration, 1924-1965
Author Jia Lynn Yang recounts how lawmakers, activists and presidents from Truman through LBJ worked relentlessly to abolish the draconian 1924 immigration law.

Racecraft: The Soul of Inequality in American Life
The promised “post-racial age” has not dawned, Sociologist Karen E. Fields and historian Barbara J. Fields argue, because Americans have failed to develop a legitimate language for thinking about and discussing inequality.

Racial Realignment: The Transformation of American Liberalism, 1932-1965
Eric Schickler, the Jeffrey and Ashley McDermott Professor of Political Science at the University of California-Berkely, sheds new light on 20th and 21st century racial politics.

Robert E. Lee and Me
Former soldier and head of the West Point history department Ty Seidule challenges the myths and lies of the Confederate legacy—and explores why some of this country’s oldest wounds have never healed.

The Heartbeat of Wounded Knee: Native American From 1890 to the Present
American Indian history didn’t end with the 1890 massacre at Wounded Knee. David Treuer uncovers a new narrative of resourcefulness and reinvention as Native Americans struggle to preserve their language, their traditions and their very existence.

The Prophets
Debut novel from Robert Jones, Jr. about the forbidden union between two enslaved young men on a Deep South plantation, the refuge they find in each other, and a betrayal that threatens their existence.

The Stonewall Reader
A collection of firsthand accounts, diaries, periodic literature and articles from LGBTQ magazines and newspapers that documented both the years leading up to and the years following the Stonewall uprising. 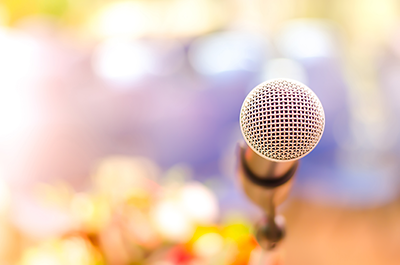 1619
An audio series from the New York Times on how slavery has transformed America, connecting past and present through the oldest form of storytelling.

All My Relations
A space for Native folks to be joyous, think critically about issues facing their communities, hear new perspectives, look into a mirror of self, and for non-Native folks to listen and learn.

Asian Enough
From the Los Angeles Times, “Asian Enough” is a podcast about being Asian American—the joys, complications and everything in between—hosted by reporters Jen Yamato and Frank Shyong.

Code Switch
Hosted by journalists of color, “Code Switch” explores how race impacts every part of society—from politics and pop culture to history, sports and everything in between.

Still Processing
Wesley Morris and Jenna Wortham are working it out in this show about culture in the broadest sense—not only television, film, books and music, but also the culture of work, dating and the internet.

TED Talks to Help you Understand Racism in America
From passionate pleas for reform to poetic turns of phrase, this series of talks take an honest look at the everyday realities of Black Americans and illuminate the way forward.

Women at Work
Hosted by the Harvard Business Review’s Amy Bernstein, Amy Gallo and Emily Caulfield, “Women at Work” looks at the struggles and successes of women in the workplace. 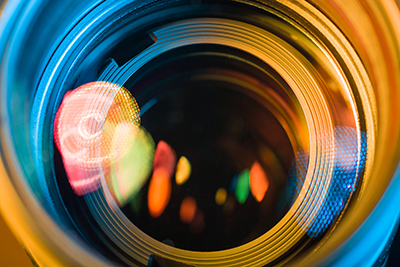 13th
In this thought-provoking documentary, scholars, activists and politicians analyze the criminalization of African Americans and the U.S. prison boom.

East Lost High
A game-changer in the industry, the Hulu original series East Los High was the first English-language show with an all-Latino cast, creators and writers.

Hidden Colors
A documentary about the real and untold history of people of color around the globe, Hidden Colors unpacks some of the reasons the contributions of African and indigenous people have been left out of the pages of history.

I Am Not Your Negro
Director Raoul Peck envisions the book James Baldwin never finished, Remember This House. A journey into Black history that connects the Civil Rights movement to #BlackLivesMatter, I Am Not Your Negro questions black representation in Hollywood and beyond.

Judas and the Black Messiah
Offered a plea deal by the FBI, William O’Neal infiltrates the Illinois chapter of the Black Panther Party to gather intelligence on Chairman Fred Hampton.

One Day at a Time
In a reimagining of the TV classic, a newly single Latina mother raises her teen daughter and tween son with the “help” of her old-school mom.

Pride
From six renowned LGBTQ+ directors, Pride is a six-part documentary series chronicling the struggle for LGBTQ+ civil rights in America from the 1950s through the 2000s.

Watchmen
Set in an alternate history where masked vigilantes are treated as outlaws, this HBO series’ launchpad for its exploration of racial justice is the Tulsa massacre.