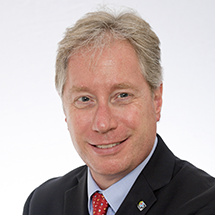 André Beaudry is Executive Director of Co-operatives and Mutuals Canada (CMC), where his primary goal is for the cooperative sector to be recognized as a strategic sector of the mainstream and social economies of Canada.

André’s is a convener, a man of action and vision. Under his leadership, he envisions CMC will become the vital backbone of an effective network where Canada’s 8,000 small, mid-sized and large cooperatives can thrive.

Prior to CMC, André served as Chief Advancement Officer at Saint Paul University, where he was responsible for securing funds to establish Canada’s first School of Social Innovation; Canada’s first School of Transformative Leadership; the Mauril Bélanger Social Innovation Workshop; a new Centre for Student Life; a new Centre for Counseling and Psychotherapy; and a $1 million fund to educate indigenous psychotherapists.

André lives in Ottawa with his wife Karine and daughter Alexandra.