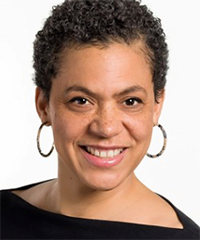 Anya Irons has served as Director of Operations since 2013 and began working at the Urban Homesteading Assistance Board (UHAB) in 2007. She also serves as General Counsel (UHAB’s sole in-house attorney) and until recently also performed the duties of interim Director of Co-op Development, overseeing the rehabilitation and co-op conversion of UHAB’s development pipeline of 99 buildings.

With legal matters an integral part of preserving the affordable co-ops created by UHAB, Anya helps ensure the survival of this unique form of homeownership, and she continually fields issues on co-op management, interest inheritance, and stewardship in general.