In 2017, NCBA CLUSA pivoted from celebrating 100 years of supporting cooperatives that build a better world to envisioning how best to advance that legacy. With that transition came milestones in advocacy, public awareness of cooperatives and thought leadership.

Here’s a look back on some of the stories and events that helped shape our work to develop, advance and protect cooperative enterprise:

In February, NCBA CLUSA hosted a reception on Capitol Hill to welcome incoming freshmen to the 115th Congress and invite them to join the Congressional Cooperative Business Caucus. The event also marked the launch of NCBA CLUSA’s policymaker’s guide. “Let’s get the co-op narrative in as many bills as we can,” Caucus Co-Chair Rep. Ed Royce (R-CA) said.

Also in February, NCBA CLUSA hosted academics, co-op leaders, activists and entrepreneurs at the National Press Club in Washington, D.C. for a discussion on co-ops as tools for empowerment. Coinciding with Black History Month observances, the panel offered a unique perspective on the Black experience in the U.S., arguing that co-ops not only should be—but historically have been—a social justice tool within Black communities.

March saw the launch of NCBA CLUSA’s newly reimagined Cooperative Business Journal. Our inaugural issue highlighted how people in marginalized communities use cooperatives to empower themselves, enrich their communities and strengthen the economy. Over the summer, the Journal explored how the co-op movement can be a better advocate for, collaborative partner in and driver of the inclusive economy. Our fall issue dedicated space to research and analysis from the members of the Council of Cooperative Economists, including data indicating that co-ops are now 40,000 strong in the U.S.

NCBA CLUSA will expand its nutrition work in Senegal next year with a new $40 million Feed the Future project. Accompanying the Journal this year was the PostScript video series, designed to provide a deeper look at topics from each issue. Our Summer PostScript explored how cooperatives are transforming the vanilla industry in Madagascar through NCBA CLUSA’s USAID-funded Farmer to Farmer program.

In May, we hosted our first-ever Annual Membership Meeting & Virtual Town Hall, allowing cooperators from around the world to participate in an inspiring discussion on how cooperatives are creating a more inclusive economy—one that is equitable, growing, sustainable and stable.

Also in May, NCBA CLUSA launched a new forum for best-in-class co-op economists. The cooperative story is compelling, but it’s often difficult to tell due to scant data or lack of highly visible forums that spotlight cooperative impact. These gaps in quantifying the cooperative advantage are what the Council of Cooperative Economists is poised to bridge.

A major advocacy breakthrough for the co-op community also came in May, when the Office of Management and Budget approved the addition of a question identifying cooperative businesses to the 2017 Economic Census, ending a decades-long absence of federally-reported data on co-ops in the U.S. A national cooperative census is integral to communicating effectively about co-ops in the public policy space.

In late September, NCBA CLUSA and dozens of its cooperative partners hosted the first-ever Co-op Festival on the National Mall just outside the Smithsonian Castle. With displays, activities and giveaways designed to amplify the economic impact, diversity and sustainability of the cooperative business model, the two-day event drew an estimated 20,000 people to the nation’s backyard. Attendees enjoyed live music, sampled co-op food and, most importantly, learned how co-ops are building a better, more inclusive world.

Also at the Co-op Festival, we kicked off Co-op Month by providing a platform for the U.S. Department of Agriculture to make its National Co-op Month Proclamation—an annual event since 1964. Anne Hazlett, Assistant to the Secretary for Rural Development at USDA, delivered the agency’s proclamation onstage on October 1.

Incoming NCBA CLUSA President and CEO Doug O’Brien introduces members of the Council of Cooperative Economists at the inaugural Co-op IMPACT Conference ahead of their plenary session, “State of the Co-op Economy.” In early October, NCBA CLUSA hosted more than 300 cooperators from some 130 organizations in Alexandria, Virginia for the inaugural Co-op IMPACT Conference, an unprecedented opportunity to amplify and foster the research and data critical to quantify and expand the economic impact of cooperatives and create the tools necessary to influence public policy.

In November, NCBA CLUSA learned it would continue to work in Senegal with a new $40 million Feed the Future project funded by USAID. The project will focus on nutrition and build on the foundation of the Yaajeende project, which, among other impacts, reduced child stunting by 30 percent and lifted approximately 56,000 people above the poverty line, despite four years of recurrent drought and weather crises.

Also in November, NCBA CLUSA and the Environmental and Energy Study Institute announced a partnership that will put more money in the pockets of rural Americans and spur broader clean energy adoption. Called the Partnership for Advancing an Inclusive Rural Energy Economy, the program helps rural electric co-ops develop on-bill financing programs that finance energy efficiency upgrades and community projects in solar and clean energy storage at no upfront cost to their customers. 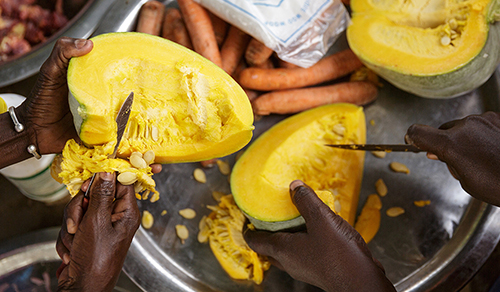 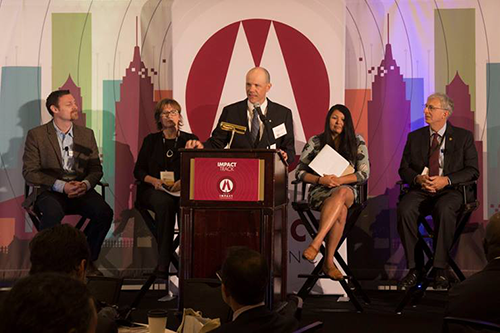