The result was an agricultural, or “green” revolution largely fueled by the Indian Farmers Fertilizer Cooperative (IFFCO), now the world’s largest fertilizer and marketing co-op. Gearing up for its 50th anniversary in 2017, IFFCO and NCBA CLUSA—which is celebrating its own milestone this year—share a unique history that demonstrates the power of the cooperative business model.

“The setting up of the Indian Farmers Fertilizer Cooperative was a Green Revolution triumph,” Dr. Udai Shanker Awasthi, Managing Director and CEO of IFFCO, said in a recent interview with NCBA CLUSA. “It has particular relevance for today’s food needs, just as it did in the 1960s.”

NCBA CLUSA’s international work in India began in 1953, in response to a request from the Indian Cooperative Union. Through an office in New Delhi, NCBA CLUSA—then known as the Cooperative League of the USA—helped develop and strengthen dairy, fertilizer, farm machinery and other cooperative sectors across the country.

By the mid-60s, new, high-yielding varieties of grain were introduced in India that needed fertilizer to maximize their potential. Despite marketing close to 70 percent of the country’s fertilizers, cooperatives in India had no fertilizer production facilities at the time. So, in late 1964, NCBA CLUSA and the government of India began exploring the idea of collaborating with Indian co-ops to establish a fertilizer plant in the country that would bridge that demand-supply gap.

Led by Dr. Allie Felder, NCBA CLUSA’s Representative for India, a team of experts studied the prospects of a network of fertilizer plants entirely owned and operated by Indian cooperatives. In October 1967, IFFCO was founded with 57 co-ops and a mission to empower India’s farmers and feed a nation.

Over the past five decades, IFFCO has moved forward in lockstep with the country, Dr. Awasthi said. “There is a deep resonance between IFFCO’s growth and the development of Indian society; our trajectories run in parallel. Working together democratically to improve our farmers’ lives and to achieve sustainability is our path into the future—for the nation, and for IFFCO,” he said.

Dr. Awasthi spoke with NCBA CLUSA ahead of celebrations that kicked off nationwide in India on November 3 to mark IFFCO’s 50th anniversary. Keep up with IFFCO’s celebrations through November 2017 by following the hashtag #50yearsofIFFCO on Twitter.

“IFFCO has not lost focus since the beginning and constantly relies on the cooperative principles to grow its business and extend its reach to our farmer members. At its core, the hopes, dreams and goals of IFFCO remain today what they were in 1967,” he said.

Its size and scope, however, have mushroomed. Today, IFFCO boasts close to 40,000 cooperatives offering its 55 million farmer members insurance, telephone, healthcare and financial services in addition to its core business of manufacturing and selling crop fertilizers. IFFCO’s network reaches India’s most remote and challenging terrains, and its international footprint extends to the Middle East, Africa and Canada.

“We attribute 100 percent of IFFCO’s success to the cooperative business model,” Awasthi said. “It has provided a strong base in establishing a sound policy-driven collaborative approach to this industry. It is people-centric and believes in the inclusive growth of communities with diverse socio-economic backgrounds.”

As IFFCO moves into its next 50 years, Awasthi believes the cooperative business model is uniquely poised to strengthen the global economy. IFFCO’s Vision 2020 plan challenges the co-op to be a global leader in fertilizer production, reduce energy consumption through better resource management and achieve its fertilizer marketing target of 15 million tons per year by 2020, among other goals.

“In a world that is shrinking day by day due to technical advances and the convergence of information and communications technologies, co-ops have an important role to play in providing a business model that is proven to be successful and sustainable,” Awasthi said.

“Together as cooperatives, we have the power to build a better world,” he added. 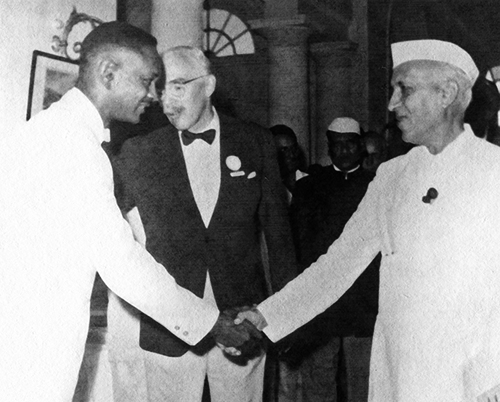