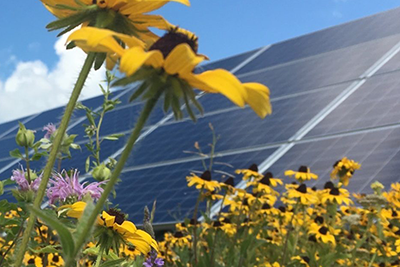 The bill must still be taken up by the House, which is scheduled to return early from recess on Aug. 23.

“Investing in our energy infrastructure is vital to ensuring that electric cooperatives can continue to do what they do best: provide reliable, affordable power to 42 million Americans,” said Louis Finkel, NRECA’s senior vice president of Government Relations. “Passage of this bill is a great start. We’ll continue to work with Congress to press for more co-op priorities to be included in the bigger infrastructure packages that lawmakers are expected to take up later this year.”

The $550 billion bill does not include the Flexible Financing for Rural America Act, which would allow co-ops to save a total of more than $10 billion by repricing their existing Rural Utilities Service debt at current low interest rates without prepayment penalties. It also does not include legislation to provide co-ops with direct federal payments to develop renewable energy and battery storage projects.

Inclusion of those proposals was hampered by the absence of tax or agriculture sections. NRECA will continue to push for those two top priorities to be included in separate infrastructure legislation expected to be considered later this year.