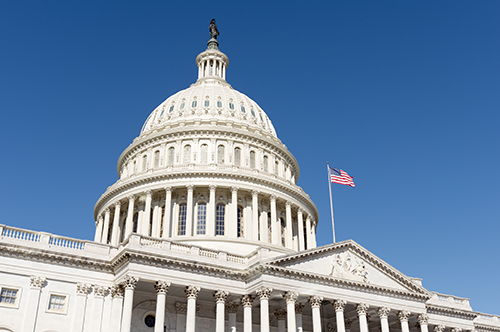 On October 5, President Trump signed into law the Better Utilization of Investments Leading to Development (BUILD) Act of 2018, which creates an International Development Finance Corporation (IDFC) and establishes a powerful tool for U.S. assistance and foreign policy.

Sam Worthington, CEO of InterAction, a coalition of international development nonprofits including NCBA CLUSA, notes that “to reach our goals for development and sustainability, the private sector is an essential partner. This is true globally and at the community level, where sound economic growth efforts can provide critical opportunities and lift people out of poverty. A U.S. International Development Finance Corporation can serve as a win-win for smart development policies and the private sector.”

The creation of a new government agency is not without its challenges. An IDFC must complement and integrate with other foreign policy efforts undertaken by the U.S. Agency for International Development, the U.S. Department of State, the Millennium Challenge Corporation, and other development-related programs of the U.S. government.

Worthington adds, “The challenge for this administration is connecting a strong IDFC with existing programs at other agencies in ways that enhance those agencies’ efforts to combine the strengths of private sector, public sector and civil society contributions to critical programming. InterAction represents a community eager to work with a new IDFC as it takes shape to maximize investments that yield opportunities for those who need it most—the world’s poor.”

The U.S. Global Leadership Coalition (USGLC) also outlined how this new government tool will potentially fill in the gaps of international funding:

“Strengthening development finance not only helps the United States be more competitive, but it can also ensure we take advantage of opportunities to tackle global problems at scale. Despite tremendous progress in the fight against extreme poverty in the last 30 years, estimates are that the UN’s Sustainable Development Goals face a funding shortfall of $2.5 trillion per year. Public investments alone will not be enough, nor is the private sector likely to step in on its own.

Passing the BUILD Act would take the next steps in a path over the last 15 years whereby the U.S. government is catalyzing private sector resources and expertise to bridge this gap, fighting poverty and helping American companies compete around the world.”

Read USGLC’s full statement on the passage of the BUILD Act here.