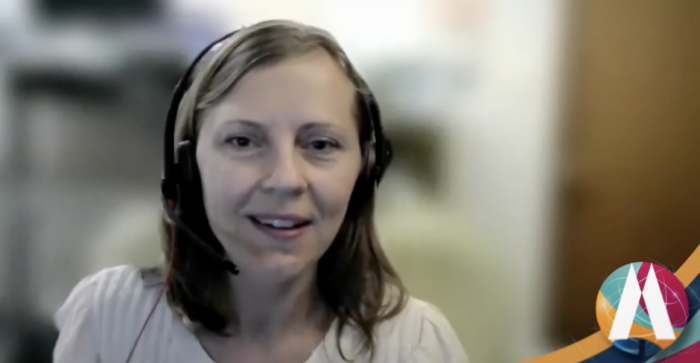 Low pay, unpredictable working hours and limited career advancement opportunities are just some of the challenges faced by care workers in the U.S.

Available data suggests co-ops make a difference in the sector where the median hourly wage is U.S. $12.98. In 2014, the Institute of Home Care Associates (ICA Group) launched a survey to explore whether care co-ops are better than other industry players. The results were published the Homecare Cooperatives Benchmarking Report, now in its third edition.

Katrina Kazda, director of the Home Care Program at ICA Group, presented some of the findings during a session at last week’s Cooperative IMPACT Conference.

She said the report had revealed that 58% of eligible employees are members of their homecare co-ops. While the figure might seem low, this is a good percentage given that 64% of caregivers leave the industry every year. Only 36% of those who work for care co-ops do so.

U.S. co-ops pay $1.93 more per hour than non co-op agencies and provide better benefits, emphasizing training on the job as well. The caregivers also have career advancement opportunities. According to the ICA Group’s survey, around 90% of co-ops go above and beyond the minimum training and look at their own staff for advancement into the admin side of the business if there is interest. The co-ops also work to bring givers and members together through social events. “There is a community spirit,” said Ms. Kazda.

Despite their positive influence, co-ops still face several hurdles. At the moment, there are 18 co-ops in four states with at least six start-ups under way. In 2019 they collectively provided three million hours of care service and raised over $76.2m in revenue, which represents only 0.001% of the industry’s total – and, as such tiny players, co-ops have a long way to go before they can influence policy on national stage.

Furthermore, despite higher pay, most co-ops cannot pay a living wage. Adria Powell, president and CEO at Cooperative Home Care Associates (CHCA), said it is hard to meet the costs associated with delivering care, which include paying workers compensations, unemployment insurance and statutory benefits. CHCA is calling for an increased overhead contribution from Medicaid services, arguing that the services are reimbursed in this way because the jobs are still not seen as worthy of more than minimum wage.

Pamela Madzima, Alabama State Coordinator at the Federation of Southern Cooperatives, discusses the state’s co-op ecosystem on Everything Co-op

To give co-ops more impact, the Cooperative Development Foundation (CDF) launched the Homecare Cooperative Initiative in 2014. The move aimed to plug co-ops into a more formalized network and connect them to experts. CDF also funded a feasibility study conducted by the ICA Group, which explored on the need to create a secondary homecare co-operative.

The results were positive, and the ICA Group is currently working on setting up Elevate Cooperative – a secondary co-op to drive growth of homecare co-ops and strengthen individual co-ops as well as the sector. Elevate Cooperative would provide services such as training, marketing and sales business development, back-office support, advocacy and group purchasing.

Leslie Mead, executive director of the CDF, said: “We want to create quality jobs for workers and quality care for clients.” Co-operative ownership gives control of the agency to the caregiver, she added, improving the quality of care and fostering staff retention.

“Retention is such an issue in home care and demand is growing every day,” she said. “It’s sort of frightening to think of how the industry can meet the demand.”

Terrell Cannon, director of training and workforce development at worker co-op Home Care Associates, started as a caregiver. Recalling her fist co-op meeting, she said: “I’d never been to a company where there was a finance meeting about the company and all of the workers were invited.”

She joined the co-op thinking she could make a difference along with her colleagues. Since then, she was able to access training, attend meetings and events, become a mentor and join the co-op’s different committees.

“I did all of this while having children, going to college, still being able to maintain my employment and provide care and train the people who were interested in making a difference in the healthcare sector,” she said.