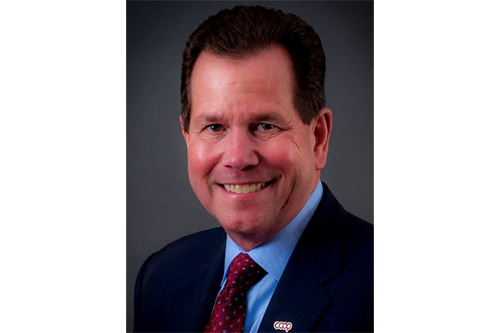 Show your appreciation for Paul’s work by adding your name as a “Friend of Paul Hazen.” Your name will appear on the Paul Hazen page of Heroes.coop and in the Hall of Fame Commemorative Program. The Hall of Fame will be held on October 6, 2022 at the National Press Club in Washington, DC.

Though Paul grew up in Western Wisconsin, where co-ops are a way of life, it wasn’t until he worked for Representative Al Baldus (WI) that Paul first engaged with cooperatives. After leaving his legislative post, he started his work with cooperatives as Executive Director of Kickapoo Valley Association, a shared services cooperative of nine municipalities. He went on to work as Executive Director of Rural Housing Inc. in Madison, WI where he developed co-ops and affordable housing projects in rural communities.

In 1987, Paul joined the National Cooperative Business Association CLUSA International (NCBA CLUSA) where he raised the profile of cooperatives through advancing domestic co-op policy and programs and greatly expanding funding for international cooperative development, more than tripling its portfolio from $8 million to over $30 million. His public policy wins include securing the USDA Rural Cooperative Development Grant program, funding for research on the scope and impact of cooperatives in the U.S. and fending off many attempts to degrade the cooperative model and tax status.

With the advancement of digital technology and communication platforms, Paul recognized the need for cooperatives to be able to express their identity as member-owned businesses on the internet. He spearheaded an effort to obtain a top-level domain for cooperatives – dotCoop – a valuable platform for raising public awareness about the cooperative identity and advantage.

In 2012, Paul became the Executive Director of the U.S. Overseas Cooperative Development Council (OCDC) where he created the International Cooperative Research Group, which has helped to measure the impact of and increase funding for international co-op development. Since joining OCDC, Paul has led the effort that has resulted in a 50% increase in Congressional funding to $18.5 million for the Cooperative Development Program. At OCDC, Paul has fostered more collaboration among international cooperative developers, including networks of cooperatives in Africa, the Americas, Asia, and Europe.

Paul’s commitment to cooperatives is connected to all aspects of his life. He saw an opportunity to help his local community increase their buying power through a cooperative, forming the Community Purchasing Alliance (CPA) with 12 congregations in Washington, DC. The success of CPA led to more institutional members in Massachusetts, Connecticut, Cleveland, OH and Chicago, IL. In 2020, CPA secured over $18.7 million in contracts. Their commitment to supporting marginalized communities has resulted in an investment of $13 million in DC-based small businesses owned by people of color.