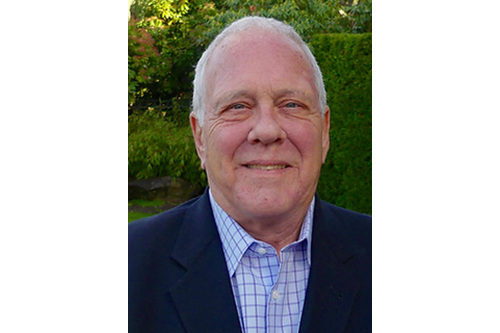 Tune in to WOL 1450 AM, 95.9 FM and WOL Live Stream, August 11, 10:30 am EDT, for Everything Co-op, hosted by Vernon Oakes. This week Everything Co-op continues its recognition of the 2022 Cooperative Hall of Fame Inductees. Vernon’s third commemorative interview will be with Gary Oakland, former Executive Director of BECU. Vernon and Gary will discuss his advocacy for member-centric services, and his life-long experiences in the cooperative movement throughout his career.

After earning a degree in economics from Washington State University in 1975, Gary started his cooperative journey as a teller at Seattle Telco Federal Credit Union. He went on to work for BECU in 1980 where he began his 32-year tenure, first as Director of Finance and then as CEO in 1986. When he took over BECU, it had around $700 million in assets. Gary helped grow Washington-based BECU to the 4th largest credit union in the country, with 700,000 members and $10 billion in assets when he retired as CEO in 2012.

While Gary led BECU to unprecedented growth, it was his commitment to improving the financial lives of members and serving the needs of other cooperatives and communities, that make him a true cooperator. He helped found two low-income-designated credit unions to help ensure people in those communities had access to safe and affordable financial services. He located the funds to keep more than a dozen low-income credit unions afloat during times of hardship and created a credit union service organization that provides mortgage solutions to approximately 600 credit unions.

Gary’s commitment to financial education, and education in general, was not limited to BECU’s membership. Gary raised the first $500,000 to fund the PBS syndicated show Biz Kid$ and encouraged a coalition of credit unions to bring $2.6 million to support the program. This Emmy Award-winning television program, and now popular website, teaches financial literacy and entrepreneurship to middle school and high school aged children.

The impact of Gary’s work is felt well beyond BECU and its members and communities. A dedicated and loyal credit union leader, his generosity and selflessness were recognized when he was awarded the Herb Wegner Award for Lifetime Achievement in 2013. Gary Oakland’s legacy will inevitably be his unwavering commitment to member service.