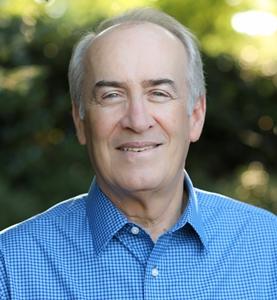 A statesman and visionary leader in the credit union and cooperative movement, Mike Mercer spent his career “connecting the dots” between credit unions, cooperatives, cultures and institutions all with the goal of improving the financial lives of working people. As the president and CEO of Georgia Credit Union Affiliates for almost 35 years, Mike dedicated himself to working with credit unions across the country to create meaningful financial solutions for millions of members.

On the local level, Mike has championed financial products and services that meet the needs of working-class members such as used vehicle loans for low-credit score borrowers, small value personal loans, and saving programs, mortgages and accounts with few fees and minimum balance requirements. Even before the three-state league merger, Mike brought shared service centers to the Southeast.

Statesman– Vital contributor to the development of a thriving credit union movement in Poland through the Poland-Georgia Credit Union Partnership Program.

An advocate for credit unions, Mike is credited with securing the support for the Credit Union Membership Access Act from then Speaker of the House Newt Gingrich. The passage of this law ensured the survival of the credit union movement after the Supreme Court ruled against a broader interpretation of the Federal Credit Union Act.

Advocate– Effective defender of credit unions at the state and national level, credited with securing key Congressional support for legislation vital to the survival of the credit union movement.

After the fall of the Iron Curtain, Mike used his knowledge of credit unions and his belief in their ability to improve the lives of working people to help the citizens of Poland. Mike was instrumental in the creation and implementation of the Poland-Georgia Credit Union Partnership Program over 25 years ago. Thanks to this program, Polish credit unions were able to draw from the experience of US credit unions.

Today, more than 2.5 million credit union members in Poland are benefiting from this program. The Poland-Georgia partnership also became a model for other international league partnerships. For his leadership, in 2007 Mike was awarded the highest award that can be bestowed upon a non-Polish Citizen – the Knights Cross – in recognition of his contributions to the growth and development of the Polish Credit Union system.