NCBA CLUSA last week hosted the only cross-sector conference for cooperatives in the nation’s capital that speaks with a united voice to elected officials and policymakers about issues critical to U.S. cooperatives.

The week kicked off Monday with a keynote from Leslie Crutchfield, Senior Advisor at FSG and co-author of the book Forces for Good: The Six Practices of High-Impact Nonprofits, which challenges organizations to change the way they change the world. Crutchfield will assist NCBA CLUSA’s efforts this year to re-envision its strategy.

On May 3, NCBA CLUSA members met with staff from 27 Congressional offices during a bicameral and bipartisan Hike the Hill event. Politico’s Influence, a daily preview and analysis of Capitol Hill events, mentioned the fly-in, noting that NCBA CLUSA is specifically urging members of Congress to join the Congressional Cooperative Business Caucus, chaired by Reps. Ed Royce (R-CA) and Mark Pocan (D-WI).

Elizabeth Stower, Legislative Director for Rep. Ron Kind (D-WI), was especially receptive to meeting with co-op constituents, among them Cathy Statz, Education Director for the Wisconsin Farmers Union. “When Organic Valley is based in your state, you pay attention to co-ops because you know that the model is successful,” Stower said. Besides being home to Organic Valley, Rep. Kind’s district is also the largest producer of cranberries for Ocean Spray, among the top 100 co-ops in the U.S.

Rep. Kind, along with Rep. Barbara Lee (D-CA), have since joined the caucus. In the coming weeks, NCBA CLUSA’s Advocacy team will continue to follow up with the Congressional offices members met with to secure further commitments and to reiterate its key asks—join the Congressional Cooperative Business Caucus, approve $26.5 million in Rural Cooperative Development Grant (RCDG) Program funding for fiscal year 2017, urge the U.S. Census Bureau to add co-ops back into the census and support reconciliation of the Global Food Security Act (H.R. 1567, S.1252).

At Sen. Kirsten Gillibrand’s office (D-NY), staff members were enthusiastic about the largely untapped potential of co-ops to empower women and lift communities out of poverty, but wanted more specifics—including what percentage of co-ops ultimately succeed and how many fail. A lack of concrete statistics about the full scope and impact of co-ops in the U.S. drove home the need for the U.S. Census Bureau to include the cooperative business sector in its 2017 Economic Census. Including co-ops in the census will close the critical information gap on where and how co-ops operate in the U.S. and the economic impact they make.

In between Congressional office visits, NCBA CLUSA members took advantage of cooperative transportation provided by DC Pedicab, a locally-owned and operated worker co-op that sets the industry standard for ecologically sustainable tours in the nation’s capital. The group transitioned to a worker co-op in November 2015 after years of renting pedicabs from fleet companies. The five drivers that make up DC Pedicab were tired of dealing with unpredictable hours and netting only a fraction of their hard-earned money.

On Wednesday, Impact 2016 attendees heard from Jennifer L. Lawless, director of the Women & Politics Institute at American University, where she also serves as a professor of government. During an inspiring keynote, Lawless unpacked eight reasons why cooperators should not run for office, followed by an additional eight reasons that make the case for political engagement and grassroots advocacy.

“Just because we have some high-level examples of dysfunction doesn’t mean that the process stops,” she said. “Policies fail to be enacted when a silent majority loses out to an impassioned minority because [the majority] isn’t organized and doesn’t take full advantage of its impact.”

While the political process often “rewards bad behavior” such as hyper-partisanship and dishonesty and campaigns are increasingly “mean-spirited,” public opinion is firmly on the side of cooperators, Lawless said. On top of that, the issues co-ops champion appeal to both aisles of Congress. “You have something to say that’s incredibly relevant, and Democrats and Republicans are both well positioned to listen,” she added.

“Imagine the impact you could have.” 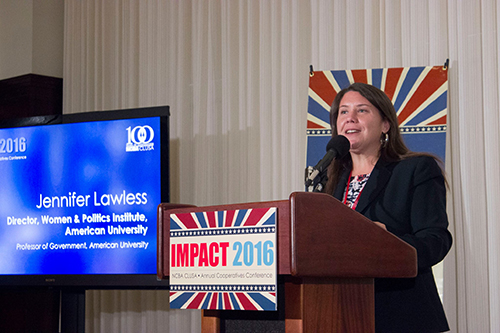 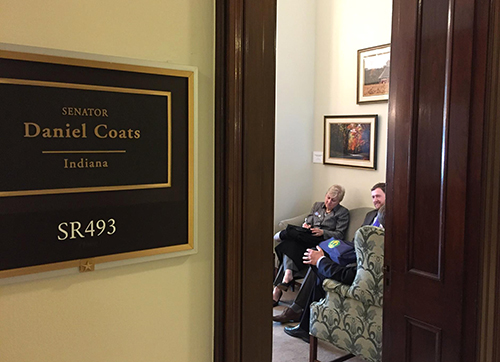 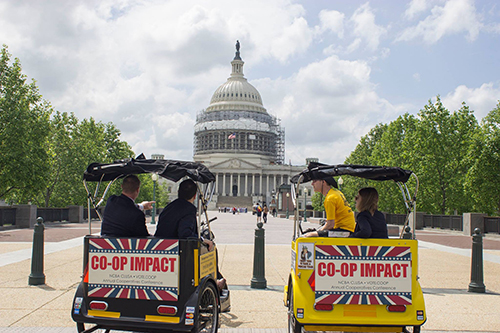