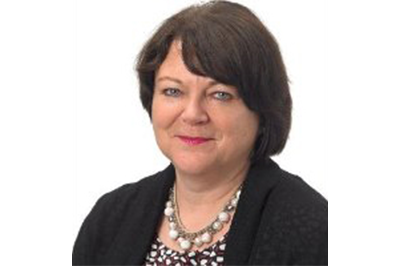 Tune in to WOL 1450 AM, 95.9 FM and WOL Live Stream on Thursday, May 19 at 10:30 am EDT for Everything Co-op hosted by Vernon Oakes. This week, Vernon interviews Marjaana Saarikoski, director of Cooperative Affairs at SOK Corporation. Vernon and Ms. Saarikoskiwill discuss how co-op membership impacts happiness in Finland, where more than 80 percent of households are members of cooperatives.

Marjanna Saarikoski has spent a major part of her career with the consumer cooperative S Group. Since 1983, she has held various leadership positions in sales, marketing, chain/concept management and its membership & loyalty program of 2.5 million co-op members (80 percent of the Finnish households).

Since 2015, Ms. Saarikoski has been representing S Group in the national and global cooperative movement. Since 2017, she has been a member of the International Cooperative Alliance (ICA)’s Board of Directors. In addition, since 2020, she has held the office of President of the Euro Coop, a European sectoral organization of the consumer cooperatives.

Ms. Saarikoski has extensive education and training. She holds a Master of Science in Economics and Business Administration, from The University of Tampere; has participated in leadership and strategy studies in Templeton College, Oxford in Helsinki School of Economics and Business Administration where she acquired a Diplomas from the Leadership and Strategy Program AaltoJOKO, and Marketing for Professionals.

The Suomen Osuuskauppojen Keskuskunta (SOK) Corporation, also known as the S Group, is a Finnish network of companies in the retail and service trades. A grouping of 22 regional and local cooperatives, the S Group has over 1.9 million members and 1,697 outlets, including four supermarket chains, service stations, hotels, restaurants and car dealerships, with an international reach.