The NCBA CLUSA Board directs and inspires the organization. The Board brings consistent focus to the association’s longer term impacts, results, purposes and future opportunities to serve the needs of members; emphasizes proactive leadership in policy development, clear distinction and respect for board and management roles, collective decision-making after consideration and encouragement of a diversity of viewpoints and evaluation of organizational performance in terms of strategic and measurable results . Finally, the Board assures excellence in governance through a disciplined approach based on adherence to the highest standard of ethical conduct in all aspects of its guidance, decision-making, and leadership of the association.

The online election will open on March 29 and close on April 28. During this period, NCBA CLUSA members in good standing are invited to cast their votes.  Members in good standing have renewed their membership for 2016. To be eligible to vote, membership must be renewed by March 31, 2016. If you are uncertain whether you have renewed for 2016, please contact us by emailing membership@ncbaclusa.coop. Or, renew online here.

The election results will be announced at the Annual Business Meeting, which will be held May 2 in Washington, D.C., during NCBA CLUSA’s 2016 Annual Cooperatives Conference. 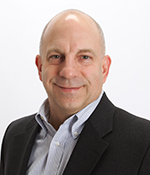 Bruce Carrozzi is Senior Director of Growth at True Value, where he is responsible for the sales and probability of the co-op’s IGC Members across the U.S. In addition to more than 30 years of hardware/home center experience, Carrozzi would bring to the NCBA CLUSA Board of Directors a passion for bettering the lives of independent co-op owners through improved planning and management of their business operations.

Carrozzi lives in Bedford, New Hampshire, where he is an active member of his local church. He holds a bachelor of science degree in Business Administration from the State University of New York – Utica. He is a strong advocate for adult continuing education and has completed programs at New York University, the University of Michigan and Northwestern University’s Kellogg School of Business. 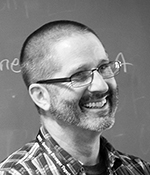 Erbin Crowell serves as Executive Director of the Neighboring Food Co-op Association, a regional federation of food co-ops and start-up initiatives in New England. For more than a decade, he was a member of Equal Exchange and continued his career in co-ops with the Cooperative Fund of New England, the Cooperative Development Institute and the Valley Alliance of Worker Co-ops. Crowell is an adjunct lecturer at the University of Massachusetts – Amherst, where he teaches courses on the cooperative movement and works with the UMass Co-operative Enterprise Collaborative on curriculum development.

He serves on the board of directors of the New England Farmers Union and is a founding board member of the Valley Cooperative Business Association, a regional, cross-sector federation of co-ops. Crowell earned a master’s degree in Management: Co-operatives & Credit Unions from St. Mary’s University in Nova Scotia, thanks to a scholarship from the National Cooperative Bank. He lives in western Massachusetts with his partner, Kristin Howard, and their son Elias. 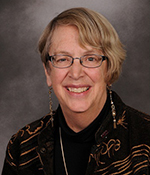 Ann Hoyt is an internationally known expert on cooperatives. After nearly 30 years, she is a semi-retired Emeritus Professor at the University of Wisconsin – Madison and a consumer cooperative specialist. She served on the board of the National Cooperative Bank from 1982 to 1988. A member of the NCBA CLUSA board since 1993, she served as its chair from 2004 to 2006. In 1994, Hoyt was elected to the board of the University of Wisconsin Credit Union, where she served as chair from 1996 to 2005. She stepped down from the UW Credit Union board in 2015 when she was elected to the board of the Group Health Cooperative of South Central Wisconsin.

Always active in national food cooperatives, Hoyt began her 25-year directorship of the annual Consumer Cooperative Management Association (CCMA) Conference in 1988. Her love of teaching led to work in board education and governance and the launch of an intensive education program for food cooperative managers—the Cooperative Management Institute (CMI). She has trained several thousand cooperative and non-profit directors and managers across the country, is the creator of a video-based director training program for cooperatives and is currently consulting on a governance project for the U.S. Overseas Cooperative Development Council. Hoyt was the recipient of the 2014 Cooperative Service Award from CCMA and the Howard Bowers Fund, was inducted into the Cooperative Hall of Fame in 2015 and became an Emeritus Director of the UW Credit Union in 2016. 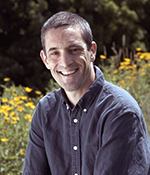 Jerry McGeorge is a passionate advocate for the cooperative business model and organic agriculture. For the past 19 years, McGeorge has worked at CROPP Cooperative/Organic Valley, beginning as Assistant to the CEO and rising to his current position of Vice President of Cooperative Affairs. A longtime member of the Senior Management Team, his current duties include oversight human resources, organizational development, administration, sustainability efforts and investor relations functions.

McGeorge has served on NCBA CLUSA’s Board of Directors for the past nine years, assuming several leadership roles, including a term as Board Chair from 2013 to 2015. He previously served on the Board of Directors of the Viroqua Food Co-op, a natural foods co-op in his hometown. He was actively involved in the co-op’s move to a new facility, including spearheading the necessary capital campaign. McGeorge earned a bachelor’s degree in Social Work from Middle Tennessee State University in 1992. The turning point in his career came when he interviewed at Organic Valley and learned that the cooperative movement was the best place to help build a better world. When he is not at work, McGeorge enjoys gardening and spending time in beautiful Southwestern Wisconsin. 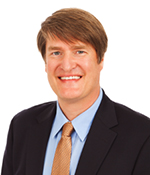 In 2006, BLUE HAWK hired Lance Rantala as CEO. Established in May 2005 as a Minnesota 308B cooperative for independent HVACR (heating, ventilation, air conditioning, and refrigeration) wholesalers, today BLUE HAWK serves 223 members with 1,313 branches in 49 states representing more than $7 billion in sales. Prior to BLUE HAWK, Lance spent five years working with other purchasing cooperatives, four as Vice President of AMAROK—formerly a drywall distribution co-op—and one as Recruitment Manager for three cooperatives: AMAROK, NEMEON (a roofing distribution co-op) and YaYa! Bike (now part of The Bike Cooperative).

Lance is currently serving as a member of NCBA CLUSA’s Board of Directors. He has a bachelor of science degree in Civil & Environmental Engineering from the University of Cincinnati (1991) and an Executive MBA from The University of Chicago Booth School of Business (2005).  A native of the Cleveland, Ohio area, he currently resides with his wife, Amy, and two sons, Charlie and Wil, in Chicago.  His personal interests include spending time with his family, reading, traveling and playing golf. 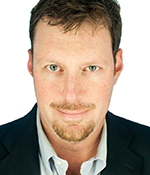 Thaleon Tremain is the CEO and co-founder of Pachamama Coffee Cooperative of small-scale coffee producers, a federated cooperative representing more than 100,000 family farmers in Peru, Nicaragua, Guatemala, Mexico and Ethiopia. Tremain has led Pachamama’s rapid growth over the past 15 years, during which he has gained a wealth of leadership experience and business acumen at a global level. He has coordinated the efforts of Pachamama’s member-cooperatives in Latin America and Africa, while launching a successful coffee brand in the U.S.

Tremain’s passion for the cooperative business model began at an agricultural cooperative in rural Bolivia, where he worked as a Peace Corps volunteer in the mid 1990s. In pursuit of a better ownership and governance structure for economic development, Tremain is a dedicated advocate for the cooperative model. He is fluent in Spanish and holds MBA’s from both The University of Texas at Austin’s McCombs School of Business and the Pontificia Univeridad de Catolica de Chile. Tremain lives in his hometown of Yellow Springs, Ohio, with his wife and two sons. 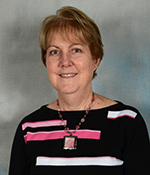 Deb Trocha joined the Indiana Cooperative Development Center (ICDC) in 2006. During her tenure, the organization has significantly grown its educational programming. The Crossroads Cooperative Summit is an annual cross-sector event created to encourage networking and business-to-business relationships. Under her leadership, Up & Coming—an annual food co-op startup conference—has grown from a small regional conference to a national conference with record attendance in 2016. Recognizing the importance of local food to the Indiana economy, Trocha has played a leading role in helping create and sustain a number of food-related cooperatives, including Hoosier Harvest Market, Indiana’s first food hub.

Trocha has also helped raised the profile of cooperatives in Indiana through her advocacy efforts. ICDC has secured “Co-op Week” proclamations from the governor since 2010 and, in 2016, hosted the first “co-op showcase at the statehouse.” Through a partnership with Purdue University, ICDC helped increase the number of farmers’ markets and farm stands accepting SNAP benefits by 76 percent. In 2005, Governor Joseph Kernan acknowledged Trocha’s efforts in assisting Indiana’s small businesses and entrepreneurs by awarding her a Sagamore of the Wabash, the highest honor bestowed by the governor of Indiana. Deb earned an MBA from the University of Alabama and a bachelor of science degree in Marketing from the University of West Alabama.