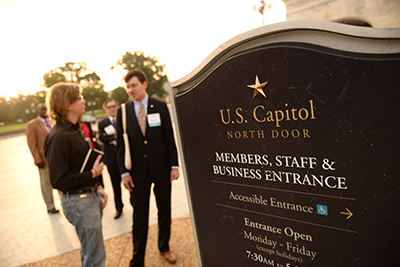 On June 1, NCBA CLUSA led a coalition of more than 30 local, regional and national organizations urging the U.S. Department of Treasury and U.S. Small Business Administration to issue guidance on the eligibility of housing cooperatives to participate in the Paycheck Protection Program.

The Paycheck Protection Program was part of the CARES Act that was signed into law in March. This program issues loans through private lending that are 100 percent guaranteed by the Small Business Administration and are eligible for forgiveness if the funds are used to meet certain criteria, like keeping people on payroll.

Unfortunately, there has been a great deal of confusion around the eligibility of housing cooperatives to participate in this program, including Treasury’s Frequently Asked Questions page that cites cooperative businesses as eligible for PPP loans, as well as the clarification recently issued for electric cooperatives. In the letter the group writes, “Housing cooperatives operate in an identical manner to cooperatives in other sectors and therefore should be treated the same under SBA regulations.”

Housing cooperatives employ a range of people to maintain operations, services, and safety. In combination with revenue shortages caused by income loss of member-owners and increased utility usage, housing co-ops need clear guidance from Treasury and the SBA that they are eligible borrowers for PPP loans.

“Housing co-ops are part of the fabric of New York and deserve to be included in COVID-19 relief programs,” said U.S. Senator Charles Schumer. “The administration must issue clear guidance on housing co-ops’ eligibility for the Paycheck Protection Program. PPP support is critical for many housing co-ops to weather this crisis and maintain their buildings and employees – as member-owners struggle to pay fees. I will continue to prioritize and fight for expanding PPP eligibility to cover housing co-ops, including pushing for the HEROES Act provision I worked on with Congresswoman Velázquez to expand eligibility if the SBA doesn’t act now.” The HEROES Act, which expressly states housing cooperatives as eligible PPP borrowers, passed the House of Representatives on May 15, but has not been taken up by the Senate.

The NYC delegation letter can be viewed here.

Keep up to date on the latest information regarding federal responses to COVID-19 on our website at www.ncbaclusa.coop/covid-19-resources.