What do a coffee farmer, pickle maker, board game entrepreneur, Mozambican doctor, funeral director, beer brewer, grocery store deli clerk and president of a credit union have in common? They are all members of the global cooperative movement.

Over six months and three continents, the Visionaries Series, which airs its 21st season on PBS this fall, interviewed NCBA CLUSA members and traveled to some of our international projects to highlight the global impact of the cooperative movement during the 100th anniversary of the U.S. cooperatives’ apex association.

“We saw raw entrepreneurialism at every turn in our journey. The inventiveness and creativity was startling because everyone in the co-op communities we visited was innovating and thinking outside the box,” said Bill Mosher, Visionaries founder and Executive Producer for the show.

Hosted by Sam Waterston, the hour-long special features five locations spanning the U.S., Mozambique in Africa and East Timor in Southeast Asia. Binding all these stories together is the power of the cooperative model to bring members together and support communities. The documentary highlights, among the many stories, how a credit union helped to alter a food desert in Mississippi, how a coffee co-op became a nation’s largest private health provider, and how a food co-op began paying the highest entry-level wages in the country for its industry, doing its part to combat income inequality.

“It seemed to us that NCBA CLUSA and cooperatives have an answer to some of the most vexing issues surrounding income disparity and workers rights, while offering insight into an economic model that revolves around shared resources rather than personal and corporate greed,” Mosher said.

Those values complement the mission of Visionaries, which looks to promote the good work being done in the world in an age where media can all too often focus on the negative.

“Visionaries produces media that can have a measurable impact on the greater good. Our shows are created to inspire through a sense of shared experience. I can’t imagine anything more compatible with the co-op model,” Mosher said.

For the Visionaries crew, the clear distinction between co-ops and traditional businesses during filming was how they measure success. Looking to how everyone benefits instead of the only the bottom line was evident with all the documentary subjects. Though co-ops are for-profit businesses, they operate with seven principles and values, with concern for community being key. “We learned that a simple, yet profound shift in thinking can have a monumental impact on millions of lives,” Mosher said.

Beyond the one hour documentary, NCBA CLUSA and Visionaries continues to collaborate, working on an storytelling app related to the film with open-sourced editing software and the ability to add more stories. “This film has laid the groundwork for a lasting collaboration that can help the world share its stories of people around the world who are not only doing well, they are doing good,” Mosher said.

View the trailer for the documentary and sign up for our newsletter to keep up to date on broadcast dates in your region. The documentary will also be available for local screenings this summer. Click here to apply to host a screening in your area. 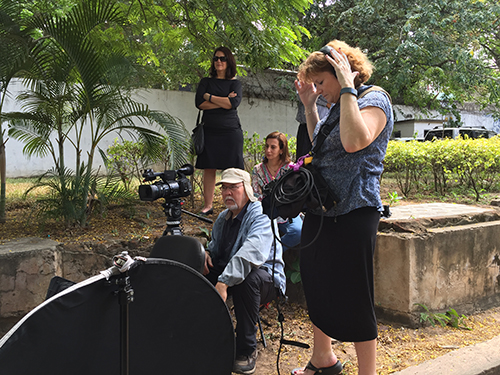 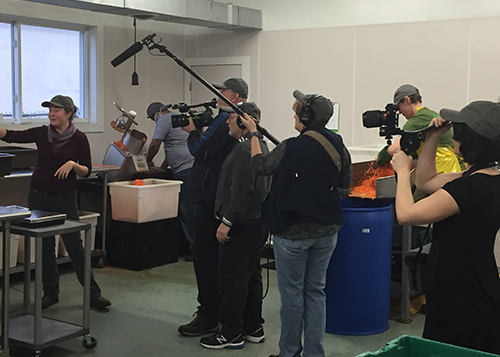