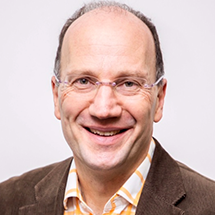 Ed Mayo is Secretary General of Co-operatives UK, the national association for cooperative and mutual enterprises. Ed was part of the team that started the worldwide Fairtrade Mark and is the former CEO of the New Economics Foundation. He is currently an elected Vice President of Co-operatives Europe. Ed is author of the 2012 report Global Business Ownership, an analysis that was first to show that worldwide, the number of member owners of co-ops was greater than the number of shareholders of listed companies. His book Values: How to Bring Values to Life in Your Business was published by Routledge in 2016. In November 2017, his book A Short History of Co-operation and Mutuality was launched at the General Assembly of the International Cooperative Alliance and is free to download in English or Spanish. Lucy Siegle, journalist at the national newspaper The Observer, has said “Ed has played a leading role in almost every environmental and ethical business initiative over the last two decades.”