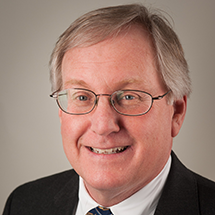 Ed Townley has worked for Agri-Mark for 15 years. He was named CEO at the cooperative’s 35th Annual Meeting in April 2015. Prior to being selected as CEO, Ed served as the COO, CFO and Senior Vice President of Financial Operations for Agri-Mark’s commercial division.

Recruited out of Northeastern University in 1979, Ed started his career as an accountant with IBM in Essex Junction, Vermont. Over the next 12 years he held numerous positions in Accounting and Financial Management in the Essex, Vermont, Corporate Headquarters and in Armonk, New York. Ed later went on to manage a strategic financial group in IBM’s U.S. headquarters. Wanting to live in a more rural environment, Ed left IBM to join The Lane Press, a privately-owned magazine printer in South Burlington, Vermont, as their Vice President of Finance, which is where he worked prior to joining Agri-Mark.

Agri-Mark, Inc. is the Northeast’s largest dairy cooperative with more than 800 members, $1.0 billion in annual sales and four dairy manufacturing facilities. Agri-Mark markets its products under the brand names of Cabot, McCadam and Agri-Mark throughout the U.S., with some of its whey products being sold internationally.

Currently, Ed resides in Williston, Vermont with his wife Jennifer of more than 30 years and their two sons, Ben (21) and Noah (18). Ed is active in the Essex Alliance Church, Special Olympics and assumes the primary cooking duties at home. When time permits, he enjoys playing golf and joining family on the best of Vermont hikes, biking, fishing and skiing.