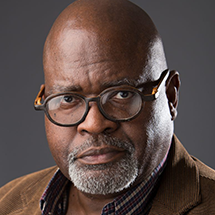 Ed Whitfield is a social critic, writer and community activist who has lived in Greensboro since 1970. He is Co-Managing Director of the Fund for Democratic Communities.

Originally from Little Rock, Arkansas, Ed’s political activism started with attending Little Rock Central High School and beginning to do anti-war work as a teenager. Ed retired after 30 years in industry before becoming involved with philanthropy. He now speaks and writes on issues of cooperatives and economic development while continuing to be interested in issues of war and peace, as well as education and social responses to racism. Ed serves on the boards of the New Economy Coalition, The Working World and the Southern Reparations Loan Fund.

While he spends much of his time practicing bass guitar, Ed can often be found playing jazz or blues flute along with singer-songwriters and bands in Greensboro and wherever he goes in the world. He recently won the “Plays the Most Instruments” award at Greensboro’s long-running Open Mic night.