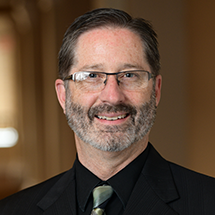 Erbin Crowell has served as Executive Director of the Neighboring Food Co-op Association (NFCA) since its incorporation as a cooperative of more than 35 food co-ops and startup initiatives across New England and New York State. As a federation of food co-ops with a combined membership of over 130,000 people, the NFCA recognizes the importance of the 6th Principle of the Co-operative Identity, which states that co-ops “serve their members most effectively and strengthen the cooperative movement by working together through local, national, regional and international structures.” In keeping with this goal, the NFCA supports the success of its Member Food Co-ops through shared marketing and educational programs, sourcing initiatives, organizational partnerships, and peer networking and collaboration.

Prior to joining the Association, Erbin worked with the Cooperative Fund of New England, the Cooperative Development Institute, the Valley Alliance of Worker Co-ops, and as an independent consultant for cooperative development. For more than a decade, he was a member of Equal Exchange, a worker cooperative and pioneer in the Fair Trade movement. He currently serves as chair of NCBA CLUSA’s Board of Directors, and is a board member for the New England Farmers Union.

Erbin holds a Master of Management: Co-operatives & Credit Unions from Saint Mary’s University in Nova Scotia, and is an adjunct lecturer at the University of Massachusetts, Amherst, where he teaches courses on the cooperative movement.