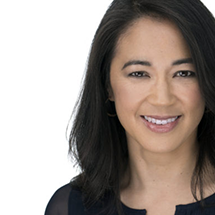 Felicia Wong is the President and CEO of the Roosevelt Institute, a New York-based think tank and campus network that promotes a bold economic and political vision capable of bringing the ideals of Franklin and Eleanor into the 21st century. She helps lead the Roosevelt Institute’s work on a rewriting the rules agenda, a comprehensive economic program and narrative that has become increasingly influential. She is the co-author of The Hidden Rules of Race: Barriers to an Inclusive Economy (Cambridge University Press, 2017) and her work has appeared in the New York Times, the Washington Post, Time, Democracy: A Journal of Ideas, and the Boston Review.

Felicia came to the Institute from the Democracy Alliance, and previously ran operations and product development at a venture-funded education services company. Her public service includes a White House Fellowship in the Office of the Attorney General and a political appointment in the Office of the Secretary of the Navy. She holds a Ph.D. in Political Science from the University of California, Berkeley. Her doctoral dissertation on the role of race and framing in K-12 public education politics received the 2000 American Political Science Association award in Race, Ethnicity, and Politics. She is a co-author of the forthcoming “Rewrite the Racial Rules: Building an Inclusive American Economy.”