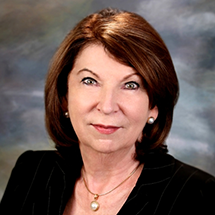 Other positions include President and CEO of IHC Global; Deputy Executive Director and COO of the Pan American Development Foundation, an affiliate of the Organization of American States, and Executive Vice President of Cooperative Housing Foundation International (now Global Communities), playing a key role in the program growth and impact of each. Other previous positions include: Tenured public administration professor, Northern Illinois University and Inaugural Director of its NGO Leadership and Development Center; Senior Fellow, Urban Poverty, InterAction; Director of Consumer and Regulatory Policy and Program Evaluation,  US Department of Housing and Urban Development; Director of Peace Corps’ Africa Program and Training; and Associate Peace Corps Director, Uganda and the Philippines.

Judith serves the broader development community currently as co-chair of the Infrastructure and Urban Development Working Group of the Washington Chapter of the Society for International Development (SID), a Board Member of the social enterprise non-profit iDE, Trustee Emerita and Immediate Past Board Chair of the American University of Paris (AUP). She has previously served on the boards of several international microfinance and humanitarian organizations as well as on the USAID Advisory Committee on Voluntary Foreign Assistance (ACVFA).