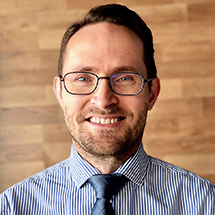 Stephen Gill is the CEO of VME Co-op. He has been working with co-ops for over 23 years and, in that time, has helped 18 different UK food co-ops solve their technology problems. He designed the ‘FRTS Link’ software that is used by the majority of the food co-ops in the UK. Stephen is passionate about seeing food co-ops grow market share by helping the food co-op movement thrive, opening new stores, and hopefully new co-ops. He believes that all co-ops, regardless of size, should pay the same price per store to help smaller co-ops grow and larger co-ops benefit by spreading the cost of new technologies. Stephen strongly believes that if co-ops do not cooperate to beat competitors, the competitors will cooperate to beat co-ops.