As the world wrestles with the fallout of unfettered capitalism—wars, famine and climate change—civil economy proponents say cooperation at scale could generate solutions for both natural resource management and wealth disparities.

In this week’s Principle 6 Newsletter, Mike Mercer explores whether people are predisposed to cooperation, and considers how co-op leaders can encourage cooperative behavior.

“The cluttered path to a more civil economy will have to be cleared by those who lead democratically structured organizations that have already been formed to foster cooperative behavior,” Mercer writes.

Read the full newsletter below, then consider how cooperatives can work together to inspire a more cooperative society. NCBA CLUSA is on a mission to document Principle 6 collaborations across the country so we can identify trends, document best practices and share this knowledge with you—our fellow cooperators!

Principle 6 Newsletter – Mission… Beyond the Walls

Every nation has a journey to make to become prosperous and good for its people and good for the planet. The wealthy nations that have benefitted from unsustainable growth have the formidable task of maintaining a good standard of living whilst radically reducing their footprints. Poorer nations have the very different challenge of radically raising their standards of living in a way that’s never been done before—whilst achieving a sustainable footprint.

Humankind has yet to mature. Like a sapling in the Amazon eagerly grasping its opportunity to take over a clearing, we have concentrated all our efforts to date on growth. But, according to the environmental economists, we must now curb our passion for growth, distribute resources more evenly and start to prepare for life as a mature canopy tree. Only then will we be able to bask in the sunlight that our speedy development won for us, and enjoy an enduring, meaningful life. – David Attenborough, “A Life on Our Planet,” 2020

It is true that polarization is on the rise. But it is often a product of deliberate design. As the pandemic took hold, people also showed themselves to be overwhelmingly cooperative and kind. As Peter Kropotkin, who coined the term “mutual aid” put it: “…the law for the success of the struggle for life, and especially for the progressive evolution of the species, is far more important than the law of mutual contest.” 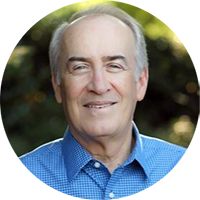 Let’s unpack some of this insight.

“Every nation has a journey.” The nations of our time have evolved largely in a win-lose struggle for the fruits of prosperity. Their borders define their domains. On occasion, they seek to expand their domains by conquest. But mostly they just compete for access to and the use of earth’s resources. They also compete for human intellect, the source of productivity gains and the foundation for standard of living. Energy, education, enforceable rules and capital are among the fuels of national well-being. Since the industrial revolution, more is better. And better is “my tribe,” not yours.

Geopolitical tensions, environmental degradation and the prospect of more frequent pandemics have exposed the costs of extreme national individualism

Geopolitical tensions, environmental degradation and the prospect of more frequent pandemics have exposed the costs of extreme national individualism. Improvements and solutions are widely regarded to require cross-border cooperation. As Attenborough correctly points out, wealthy nations will try to preserve their standard of living while shrinking their environmental footprint. And relatively less-wealthy nations will try to raise their standard of living without creating an unsustainable environmental footprint. Still, if energy prices rise, the win-lose contest for access to fossil fuels resumes. The road to cooperation at scale is not well-paved.

“According to environmental economists, we must now curb our passion for growth and distribute resources more evenly.” Our passion, many think, is a severe addiction. Wars and famine will probably be the withdrawal symptoms that lie ahead. According to civil economy proponents like Stefano Zamagni, Kate Raworth and John Restakis, there is a less torturous path. Cooperatives are to be found on their path to cooperation at scale. Cooperatives, it is believed, can contribute substantially to the emergence of societal solutions for local and global resource utilization and wealth disparities built from many decades of win-lose individualism. At more pedestrian levels, it is said that “now is the time of cooperatives.” Make no mistake; the dual influences of wealth-concentrating capitalism and wealth-redistributing government are deeply embedded. The path to a wealth-democratizing civil economy is not for the faint of conviction.

“People…showed themselves to be overwhelmingly cooperative and kind.” There is a long-running debate in philosophic circles. Some, Adam Smith for example, contend that people are only (or largely) concerned with self. Government should mostly stay out of the way according to this viewpoint, especially when it comes to economic activity. This perspective underlies the present-day devotion to free-market capitalism. Others, including Aristotle, contend that people are generally concerned about what others think of them and that they are possessed with an innate helpfulness. At some level, and with institutional encouragement, this predisposes people toward cooperation. Government is the usual institution of encouragement but, in practice, this has resulted in inefficient bureaucracy and concentration of partisan political power. The idea of civil economy is a reciprocity-based grassroots movement, built around institutions like co-ops that are wired up to foster cooperation. In Italy, government is obliged in its constitution to encourage/support private institutions that foster cooperation… co-ops.

“The extent to which cooperation is the norm depends on the extent to which the behavior is nurtured by the institutions of a society.” Here’s the point. In a time when power is concentrated in the hands of individuals with lots of capital or those with the keys to redistribution of wealth, it is hard to imagine that decentralized cooperation will organically be embraced from within the citadels of existing power. Rather, the cluttered path to a more civil economy will have to be cleared by those who lead democratically structured organizations that have already been formed to foster cooperative behavior.

The cluttered path to a more civil economy will have to be cleared by those who lead democratically structured organizations that have already been formed to foster cooperative behavior.

In English, today’s co-op leaders will have to assist in the creation of new cooperative institutions—and also help develop collaborations and practices that leverage the political and economic impact of cooperatives as institutions of community that touch most facets of economic life. John Restakis concludes his thought-provoking book, Civilizing the State, with this: “In a time of crisis, every cooperative or commons that is created is both lifeboat and beacon.”

“In a time of crisis, every cooperative or commons that is created is both lifeboat and beacon.” – John Restakis, “Civilizing the State”

Not in your three-year plan? Not something that happens before you retire? A bunch of left-wing gibberish?

It’s a long path, no question. It’s the long game. But if not cooperatives in pursuit of civil economy, what then? Throwing in with win-lose free-market individualism/nationalism is one option. Feeding at the trough of the directive and bureaucratic social state is another. Hard to imagine a sustainable future for most co-ops in either of those strategies.

Is there something more to co-op leadership than individual domain growth? Can co-ops work together to become a driving force for more societal cooperation? Think about mission beyond the walls.