In this week’s Principle 6 newsletter, guest author Maurice Smith imagines how a preamble to the cooperative constitution might read, and lands on a guiding principle.

“We the people of cooperatives have our own preamble—In order to form a more perfect cooperative, we promote the general welfare of all members,” Smith writes.

Read the full newsletter below, then consider how cooperatives across sectors can unite around their shared principles. NCBA CLUSA is on a mission to document Principle 6 collaborations across the country so we can identify trends, document best practices and share this knowledge with you—our fellow cooperators!

In this week’s Principle 6 newsletter, “quiet quitting” or purposeful work? 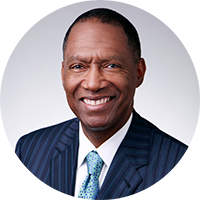 The United States is meant to be a union. A union, in other words, is a community. An assembly of people to form something greater than their individual capacities. Hence, we derive from the preamble the intentionality for “general” welfare.

Let’s pause for a moment to defend this author’s citation of the United States Constitution as a comparative foundation for cooperative sensibilities. There are inescapable similarities between this United States’ governing pillar and cooperatives.

On its surface, these ideals should feel familiar to cooperatives. After all, cooperatives were formed to serve a purpose for its general membership. The very principles that define cooperatives suggest a level of unselfishness that binds members together. In the Credit Union Movement, we call the general welfare a common bond.

To defend an aspiration for the general welfare without a quest for equality is limiting.

Cooperative members embody a special class of people. Cooperative values and principles surrender selfish ambitions for the common good. Members benefit from the contributions of others to sustain mutuality.

The promise of the cooperative advantage serves as an expectation that our communities behave differently than other assemblies. Members expect a set of liberties that enforce a focus on the general welfare of the society. These expectations rise to the level of rights. Consequently, we the people of cooperatives have our own preamble—In order to form a more perfect cooperative, we promote the general welfare of all members. This cooperative promotion comes with a set of rights for all members.

Cooperative members have a right to welfare. Above all responsibilities, the duty to provide a provident benefit for the membership is the highest order. The interests of external stakeholders do not usurp the fundamental rights of cooperative owners to have their welfare placed in the priority position.

Cooperative members have a right to equal consideration in their assemblies. Products, services and policies should be directed to benefit the general membership. This is an inclusive posture. To reach consensus about collective welfare, the total membership must be engaged.

We the people of cooperatives have our own preamble—In order to form a more perfect cooperative, we promote the general welfare of all members.

Cooperative members have a right to a more perfect union. This declaration asserts the need to always press for improvements. The quest for perfection in a cooperative is measured by our achievement of general welfare. As we improve upon serving the needs of all members, we thrive towards more perfect cooperatives.

Finally, cooperative members have a right to the promotion of their union. To promote these ideals, cooperatives must be assertive in advocacy and experimentation. The cooperative cause is best defended when members are empowered to promote and defend their rights.