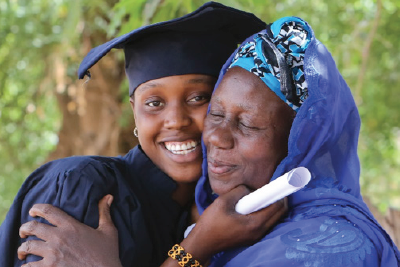 Global evidence demonstrates that discrimination and lack of access to opportunities can limit a person’s agency to fully participate in social and economic opportunities. NCBA CLUSA envisions a world where people have the knowledge, resources, and authority to build prosperity and well-being, for themselves and future generations. Therefore, inclusive development is crucial to ensuring all populations can fully access resources and programs that will lead to a better, longer, and healthier quality of life.

NCBA CLUSA recognizes that gender equality, youth empowerment, and inclusion of marginalized and underrepresented communities is essential for creating strong and effective international development programs. As such, NCBA CLUSA understands the critical importance of creating programs through an intersectional lens that empowers individuals, their families, and communities, regardless of identity, to transform their own societies and thus create sustainable and inclusive outcomes.

NCBA CLUSA is uniquely positioned to drive inclusive development around the world. In addition to serving as an international development organization, NCBA CLUSA is also the apex trade association for cooperative businesses in the United States. Cooperatives span all sectors of the economy and are guided by a set of universal principles and ethics. All cooperatives function under the ideals of honesty, openness, social responsibility and caring for others. NCBA CLUSA’s approach to international development is based on these values and principles of the cooperative identity. Our cooperative strategies and innovative local solutions catalyze economic and social development. We act as advocates for, and drivers of, inclusive economies.

Following a workshop designed to address traditional masculinity and its impacts on families and communities, co-op members in Guatemala—largely men—have committed to change at the household level.

Led by the Guatemalan coffee cooperative federation, Fedecocagua, as part of NCBA CLUSA’s Guatemala Coffee Value Chains Project funded by the U.S. Agency for International Development (USAID) through its Feed the Future initiative, the workshop promoted a model for “positive masculinities.”

This model calls on men to recognize how their social and household status (i.e. their roles and responsibilities) drive the unequal distribution of labor in their homes and communities. Workshop participants analyze the negative impacts of traditional masculinity and work to reconstruct models that can bring equity to gender roles.

The Youth Empowerment Through Agriculture (YETA) program, implemented by NCBA CLUSA in partnership with the Mastercard Foundation, uses a collective action model to organize and train young people in Northern Uganda. The 813 youth-led associations established by this project have reached 27,130 youth—an impressive number that is dwarfed by the results that have spilled over into multiple aspects of young people’s lives (income, leadership, sexual and reproductive health) as well as their communities.

Collective action, or cooperation, refers to any action where people work together for a common objective. We know that collective action can be a powerful tool in building resilience, enhancing livelihoods and giving greater voice to members. Through YETA, youth ages 15-24 were brought together to form associations and cooperatives. These groups consisted of about 35 young men and women who worked together in specific value chains: poultry, piggery and crops.

We dug deeper to understand what could be behind the numbers and what role cooperation played in achieving these results. The youth association members received training in life skills, entrepreneurship and agribusiness, group governance and leadership and financial literacy. These training sessions were intensive and certainly contributed to the positive outcomes achieved by the project. Initially, a group-based model was adopted as a cost-effective way of delivering training and mentorship at scale. However, applying a collective action model reinforced the training and led to additional benefits in unexpected ways.

“We are mothers, we are daughters, and we are human beings” proclaimed Roxana, a proud member of the Dulce Esperanza chocolate producing women’s group in Quillabamba, Peru. Roxana is also an inmate at the women’s penitentiary of Quillabamba serving a 10-year sentence. In fact, all 40 members of Dulce Esperanza are prisoners at the women’s penitentiary. Most of these women come from poor communities and committed the crime of transporting cocaine from the countryside to the city—some unknowingly—and in general, in exchange for very little money. Many of them are now serving over 10-year sentences for their crimes. The women’s penitentiary in Quillabamba supported the inmates in starting the Dulce Esperanza group to produce chocolate and make handicrafts to generate income for their children while they are incarcerated. The women of Dulce Esperanza group have great potential to professionalize and expand their business but needed additional training, and this is where NCBA CLUSA’s Creating an Environment for Cooperative Expansion (CECE) project came in.

NCBA CLUSA Peru began a partnership with the National Penitentiary Institute (INPE) earlier this year to provide the Dulce Esperanza Women’s group with tailored Coop Marketing School courses on the cooperative model and other business and financial management topics. The classes kicked off in August; At the inauguration event, the Director of the Prison and the National Commission for Development and Life without Drugs (DEVIDA) coordinator in Quillabamba provided their words of encouragement and support. 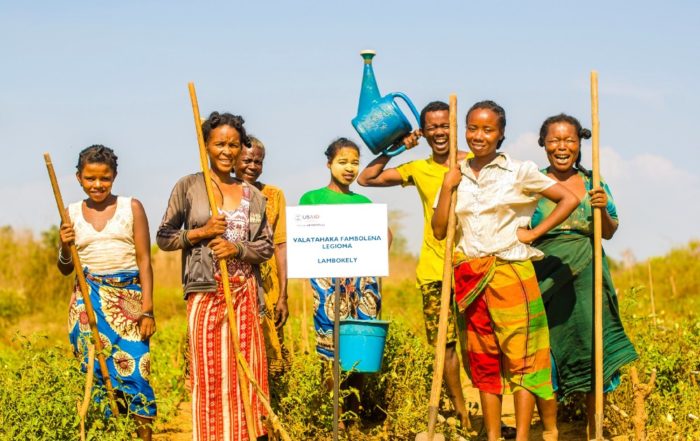 Gender inequities can significantly impact development outcomes on an individual, family, and community level. Structural inequalities such as household gender dynamics, cultural norms, access to education and more can serve as barriers to self-reliance. NCBA CLUSA recognizes the critical importance of addressing gender dynamics in its work to empower individuals and families to reach their full potential.

NCBA CLUSA applies gender transformative approaches that emphasizes our clients as decision-makers when it comes to solving their communities’ most pressing needs. This community- led approach highlights the importance of collective action, shared values and a focus on process. NCBA CLUSA applies this approach to its work in gender integration and the way it addresses gender in building resilience, promoting economic growth, and supporting cooperative development. Advancing gender equality and empowerment is the responsibility of every staff member and community-based service provider in our projects. Individual agency and decision-making ability are a priority in all aspects of NCBA CLUSA’s work.

Beyond supporting gender integration to challenge inequitable norms and practices between women and men in its programming, NCBA CLUSA also recognizes the importance of addressing gender as part of its wider efforts in diversity, equity, and inclusion. 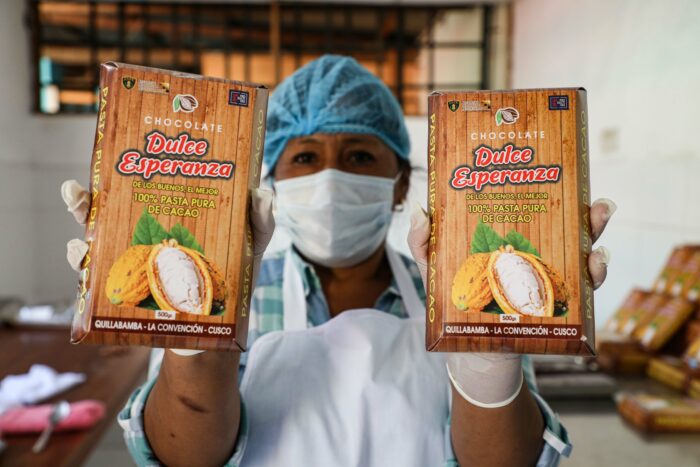 In addition to engaging women and youth, NCBA CLUSA recognizes that inclusive programming must consider the needs of other historically underserved and marginalized populations as well, such as  indigenous communities and ethnic minorities, communities with high levels of migration, the LGBTQI+ community, people with disabilities, incarcerated people and returning citizens, among others.

NCBA CLUSA’s approach to international development is based on the values and principles of the cooperative identity. These values include self-help, self-responsibility, democracy, equality, equity, and solidarity. The cooperative principles guide NCBA CLUSA’s work both domestically and internationally to support all populations in providing for themselves, their families, and communities. 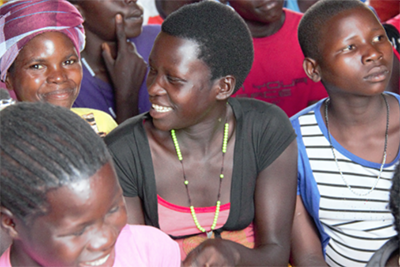 Our expertise in entrepreneurship and enterprise development, improving livelihoods, agricultural value chains, access to finance, and cooperative development is applied with a youth lens to transform youth’s lives. We create economic opportunities for youth and strengthen communities’ resilience. In our current work, we promote:

Our community-led development approach engages youth, their families, and their communities by creating a positive environment in which youth can thrive. Our programs empower youth and build their agency by providing leadership training and encouraging participation in local governance and community organizations such as cooperatives, associations, and producer organizations (POs).

NCBA CLUSA prepares youth for work and self-employment by building life and entrepreneurship skills through training and hands-on learning. We strengthen youth economic opportunities through financial literacy education, training for youth to establish their own savings and credit associations and cooperatives, and by enabling youth participation along value chains and systems. 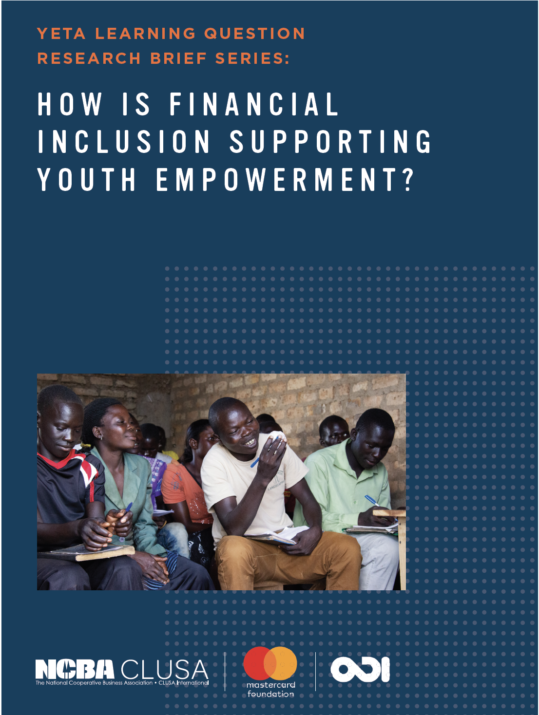 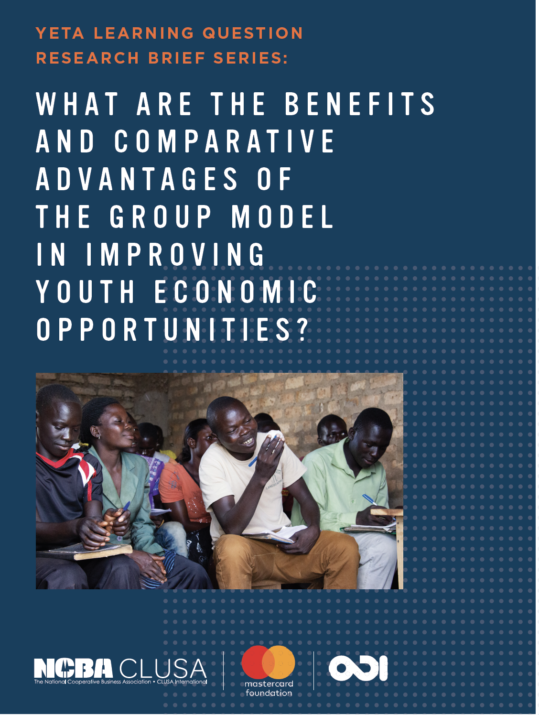 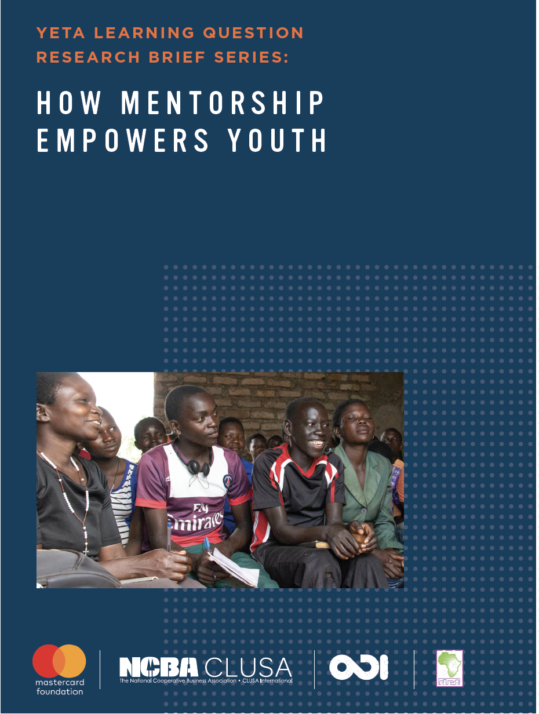 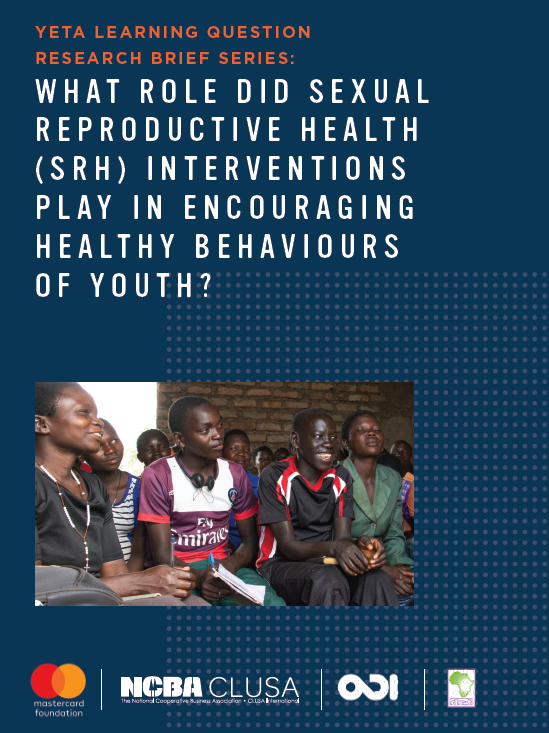 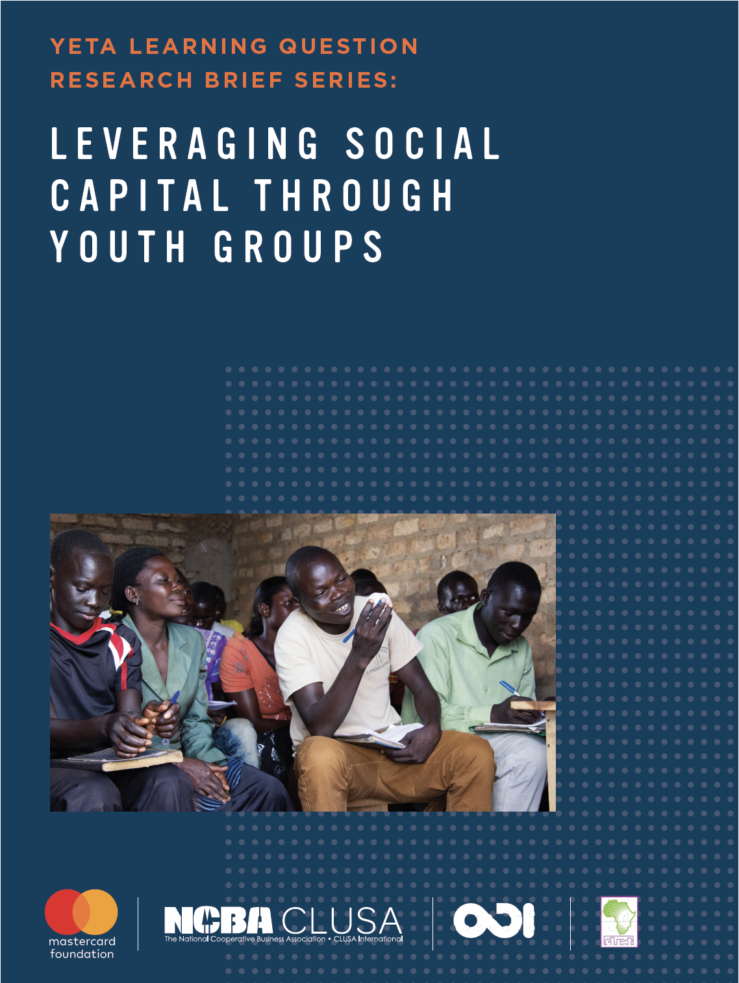 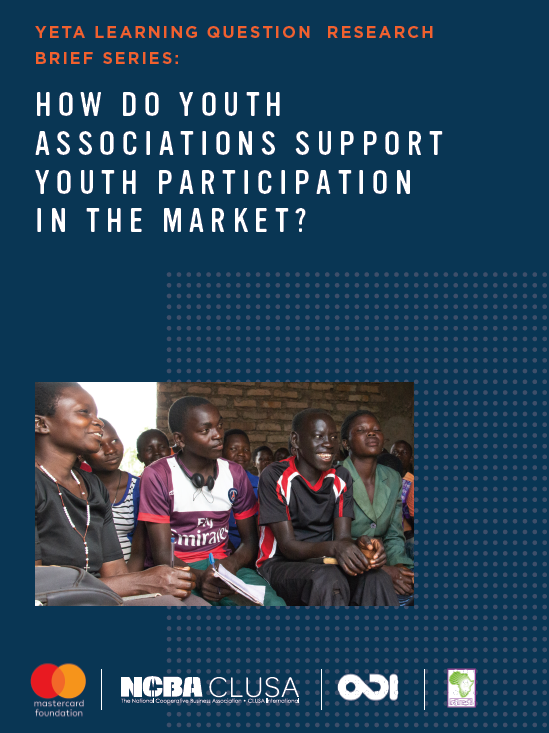