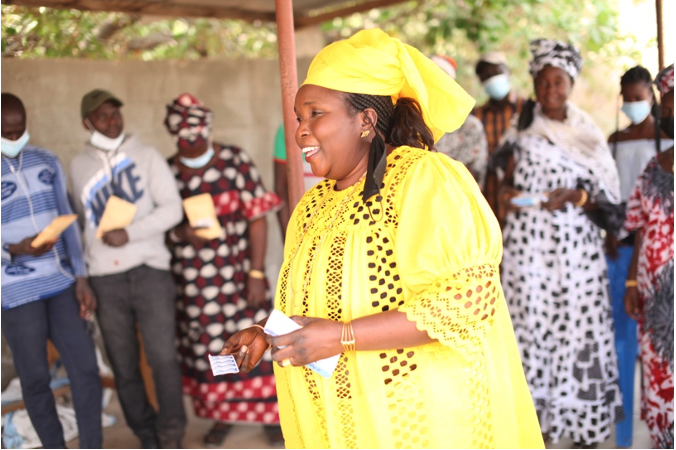 Kany Ndiaye has been dubbed “honorable” by her collaborators and close friends in the Senegalese village of Keur Aliou Diop. She is a wife and mother, an entrepreneur and role model, and is active in improving her living conditions and those of the women in her village—all of whom hold her in high regard.

“We aspire to be like Kany Ndiaye. She is an undeniable model of leadership in the whole Niombato,” says Abdoulaye Pouye, a carpenter and cabinet-maker who is also a CultiVert agent and colleague of Kany Ndiaye.

They are both affiliated with the CultiVert Social Franchise, an entity dedicated to enhancing the professionalism of franchisees whose primary mission is to provide solutions for healthy and prosperous communities through improved accessibility to food security products, services and information. Both are participants in the Feed the Future Senegal Kawolor activity implemented by NCBA CLUSA and funded by USAID|Senegal as part of its contribution to the Senegalese Government’s strategy in the fight malnutrition, food insecurity and poverty. This project aims to curb malnutrition by empowering organizations and regional resources partners to scale up the Nutrition Led Agriculture (NLA) approach and utilize market opportunities for sustainability.

Kany grows millet, maize, peanuts and bissap (the national drink of Senegal) on four hectares on her own land. She mainly grows bissap with 130 women on one hectare of land. They process the bissap flowers into powder and the kinkélibala (Senegalese tea) leaves into powder for teabags. These products are coveted by the authorities, who like their taste, quality and paper packaging.

“Kany is active in women’s organizations where she is a strong leader. The products she sells are worthy of being sold in supermarkets in Senegal and abroad,” says Hamath Saiko Ly, sub-prefect of the district of Toubacouta and a loyal customer of Kany.

“I manage to grow bissap all year round. It is the product that brings me the most income because it is sold regularly. I sell a kilogram of bissap powder at XOF 1,000, which can bring in up to XOF 300,000 in three months. The sale of composite flour brings in a lot of money but large orders are irregular. In 6 months of producing composite flour, I can earn as much as XOF 4,000,000. Today, I am proud to have bought a piece of land, built my house and provide for my family,” said Kany. 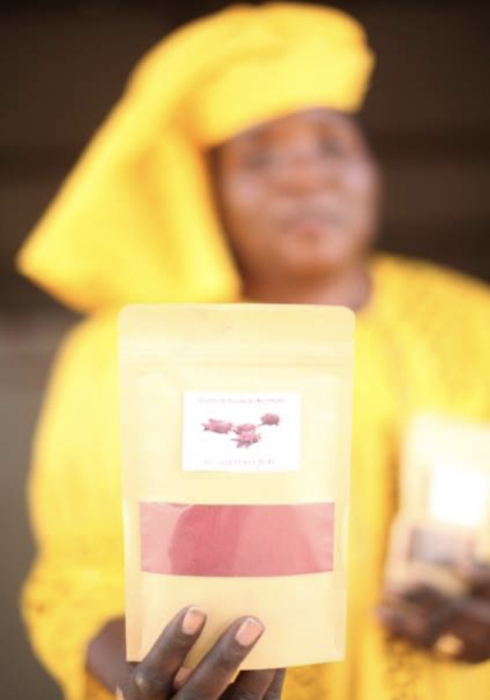 Kany expressed, “I was lucky enough to benefit from a training course on making composite flour in 2016 with the National Nutrition Development Council: CNDN (formerly CLM). The flour I produce is made of millet, maize, peanut, rice and cowpea. Since then, every three months I have personally supplied 300kg of composite flour for the CNDN, which also entrusted me with the distribution to the moderately malnourished children I was monitoring

When Covid-19 broke out, between June and September 2020, I supplied 3,156 kg of flour to improve the nutrition of children aged between 6 and 23 months.

Apart from flour, I regularly sell processed bissap and kinkeliba to the authorities, project staff and programs in the area. I also take advantage of meetings and forums to diversify and expand my customer base.”

Kany, municipal councillor and chairwoman of the health committee

As a woman, she brings the concerns of her peers to the mayor, who appreciates Kany Ndiaye for her ambition and her unfailing will to excel.

“Kany is very involved in the identification of malnourished children. She supplies enriched flour to Nioro Alassane Tall and Saloum Diané, the surrounding communes. She has contributed greatly to facilitating access to quality composite flour for children at a symbolic price of XOF 100 for 500gr, which is usually sold at XOF 500. This gesture has greatly contributed to reducing the cases of moderate acute malnutrition noted in the area. From 12 to 13 cases in general, this month, only one case of moderate acute malnutrition has been noted in the Commune. “says Habib Diatta, Head Nurse of the Keur Samba Gueye Commune.

Daughter of a matron, Kany has replaced her mother at the Keur Aliou Diop’s health center where her services are much appreciated by the community. She regularly coordinates with the Keur Samba Gueye health center where she refers cases of delicate pathology and delivers an average of three women a month whom she follows very closely.

“She encourages women to practice exclusive breastfeeding and helps them to introduce complementary feeding with the composite flour she prepares herself,” said the head nurse and midwife of Keur Samba Gueye.

Kany, volunteer and mother of daaras

Kany knows how to positively use her leadership to help the inhabitants of her village improve their living conditions. She is the chairwoman of the association “Ndeeyu daara” which is a national initiative in the Commune of Keur samba Gueye. Ndeeyu daara is a Wolof term that means “godmother” of daaras, which are places of learning for children. Thanks to her address book and her reputation in the area, Kany regularly conducts advocacy actions to encourage people of good will to support children in terms of food, health, education, etc. 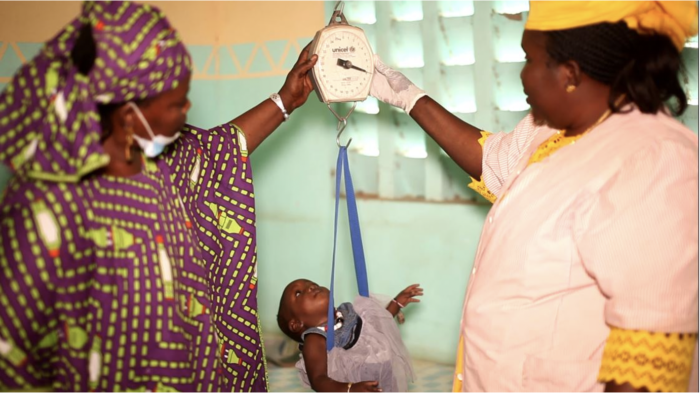 She regularly supervises 30 women in her Debbo Galle[1] “Thiant” group. She regularly delivers talks and makes home visits to improve the women’s knowledge of nutrition, good food practices and family hygiene. She also manages the savings fund for investment, which enables women to strengthen solidarity among themselves and to carry out income-generating activities for greater autonomy.

Kany, hope of the women of Keur Aliou Diop

Finally, Kany inspires 130 women in her village who work with her in the production and processing of bissap and kinkeliba.

As remuneration, Kany gives them incentives which she instructs them to use in the form of a credit fund to finance income-generating activities and become resilient.

[1] groups of women of childbearing age, organized by category (lactating, pregnant, etc.) and whose ultimate goal is to contribute to: 1) mutual education on nutrition issues, 2) the definition of strategies for the improvement of the nutritional situation at the village level, 3) the establishment of resilience mechanisms within the village women’s groups, etc.