Four outstanding cooperative leaders will receive the cooperative community’s highest honor on May 6, 2015, when they are inducted into the Cooperative Hall of Fame.

These cooperative leaders will be recognized at the annual Cooperative Hall of Fame dinner and induction ceremony at the National Press Club in Washington, D.C., on the evening of May 6, 2015. In conjunction with the ceremony, a public forum on cooperative development and leadership will be held in the afternoon. 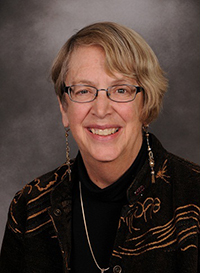 Hoyt, an internationally known expert on cooperatives, began her distinguished career in the 1960s as a member of the Berkley Consumer Food Co-op. Her academic interest in cooperatives took root in graduate school at the University of California at Davis, where her master’s thesis focused on the Consumer Cooperative of Sacramento. 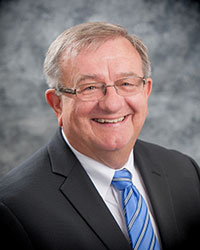 A tireless champion of new ideas and innovation, Kelley is widely credited for shaping GROWMARK, Inc., into the organization it is today. AgriVisor, a grain and livestock marketing analysis and brokerage service, was initiated during his tenure. A joint venture between GROWMARK and Illinois Farm Bureau, the venture has since expanded to serve farm bureaus in Iowa, Wisconsin, Indiana, Missouri and Ohio.

In the 1980s, Kelley shouldered efforts to reform the Farm Credit Banks, creating a foundation for success that co-ops, the Farm Credit System, its member-owners and rural communities enjoy today. Over his career, Kelly has served on many cooperative boards. He is currently on the board of Nationwide Mutual Insurance Company, CoBank and Illinois Agriculture Leadership Foundation, which he chairs. 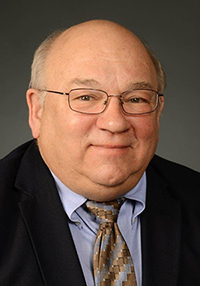 William Nelson’s involvement in cooperative education began in the 1970s while serving as community education director for the Minneapolis public school system, focusing on connecting urban and rural schools around food and hunger issues. In this role, Nelson was first introduced to a new wave of food cooperatives in the Twin Cities. Nelson went on to spend 13 years at the University of Minnesota-Waseca, teaching courses on cooperatives, agriculture, entrepreneurship and leadership.

In 1992, Nelson joined CHS Inc. to revitalize its cooperative education grants program. Now in its 22nd year, the program continues to support a variety of projects that enhance the understanding of cooperative business. Today, the program works closely in conjunction with the newly-established CHS Center for Cooperative Growth. In his current position, Nelson provides leadership to CHS Stewardship activities, including support of universities, rural leadership development, and cooperative education and agriculture safety programs. Nelson has been instrumental in developing the CHS University Initiative on Cooperative Education, a program that increases the understanding of the cooperative business model through education, development and practical experience.

Nelson is a founding member and director for the Ralph K. Morris Foundation. He has also brought stable leadership and financial support to the Association of Cooperative Educators. And through his long tenure as president of The Cooperative Foundation, Nelson helped expand support for cooperative development, extension, education and research. Nelson also serves on the National Council on Farmer Cooperatives’ Executive Education Committee, as well as the board of directors for the National Cooperative Business Association and the Farm Foundation. 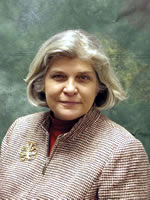 For more than 35 years, Ziewacz has championed cooperative development. An early career in politics saw her, at age 26, named the youngest female chief of staff on Capitol Hill. Working for Representative Al Baldus, Ziewacz became well versed in rural development, agriculture and farm credit, including the myriad cooperative enterprises that support them.

Ziewacz was a driving force behind the creation of favorable federal policy for dairy co-ops and the establishment and funding of the Rural Cooperative Development Grant (RCDG) Program in the 1990 Farm Bill. In 1996, she became the executive director of the Cooperative Development Foundation and later led the application process to secure DotCoop as a new top-level Internet domain for use by the international cooperative community. Ziewacz currently serves on the boards of the National Cooperative Bank and Capital Impact Partners, and chairs the cooperative development committees of both organizations. Her clear vision, strategic thinking and acumen for consensus building have enriched the cooperative community.

The National Cooperative Business Association CLUSA International is the apex association for cooperative businesses in the U.S. and an international development organization with a $200 million five-year portfolio in 16 countries. NCBA CLUSA provides cross-sector education, support and advocacy to help co-ops thrive.