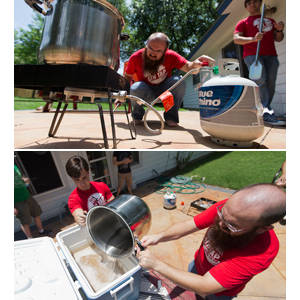 Like most of his partners at the 4th Tap Brewing Co-ops, Dariush Griffin started dabbling with beer and mead production back in college.

They got older and settled into careers and life, but never stopped brewing. Soon enough, friends started asking them to whip up a batch for weddings and other celebrations.