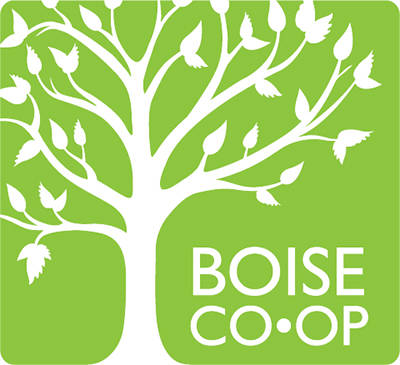 Travelers with a layover at the Boise International Airport can now grab a mid-trip sandwich or bento box from a concession stand stocked by community-owned Boise Co-op.

The healthy, grab-and-go snack choices are among the new—and soon-to-expand—offerings supplied by the co-op as part of the airport’s overhaul of its retail space to better reflect the unique identity of Boise, Idaho, and showcase some of its local vendors.

Boise Co-op concessions have received “rave reviews” since their mid-January launch, said Shannon McGuire, marketing and outreach manager for Boise Co-op. “The airport has doubled their initial order and is asking for additional offerings, including desserts and drinks,” she added.

“We are thrilled to be a part of this unique partnership with the Boise International Airport. It’s exciting to share a few of the Co-op’s house-made selections—especially as more travelers are seeking out fresh, healthy options,” McGuire said in a press release published by the airport.

The concessions stand isn’t the only opportunity for increased exposure in Boise Co-op’s sights this year. The food cooperative will also open a second store in October, with a groundbreaking at its future Meridian location planned for mid-February.

The 25,000-square-foot location is situated in The Village at Meridian, alongside stores such as Michael’s, Babies ‘R Us and the Nike Factory Store. According to a joint press release from Boise Co-op and The Village at Meridian, plans include using the space to offer community events such as cooking classes, food and wine tastings and hosting a regular farmer’s market.

The Meridian location was selected based on the results of a survey of community members that requested feedback on Boise Co-op’s expansion plans, McGuire said. Nampa, Idaho, was a close second in the survey.

Tara Stevens, board president for Boise Co-op, said staff is eager to become a part of the Meridian community. “Growing the Co-op creates jobs that pay a living wage and provides our local farmers and producers another outlet to sell their incredible products. We can’t wait to share our cooperative message,” Stevens said in the joint press release.

Since 1973, the Boise Co-op has been a member-owned cooperative focused on providing its members with access to high-quality, natural and organic foods. In recent years, the co-op’s flagship 25,000-square-foot location in Boise’s North End was renovated to make shopping easier for members. In addition to the main market, the co-op manages a Wine Shop and Pet Shop, both located right across the parking lot from the main store.