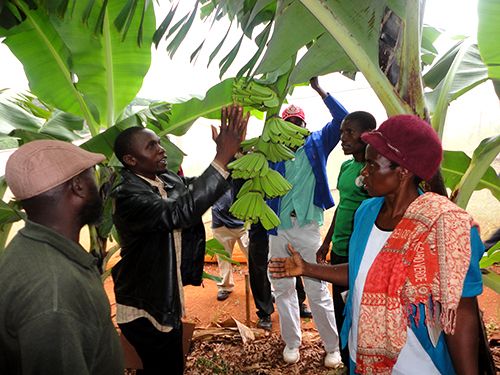 Since May 2011, Zim-AIED has helped rural smallholder farmers in Zimbabwe rethink their livelihoods as businesses. The project worked to commercialize smallholder agriculture by providing financial literacy training, connecting farmer groups to reliable markets, facilitating access to credit and finance, and introducing new technologies and crop varieties to maximize producer yields and incomes. 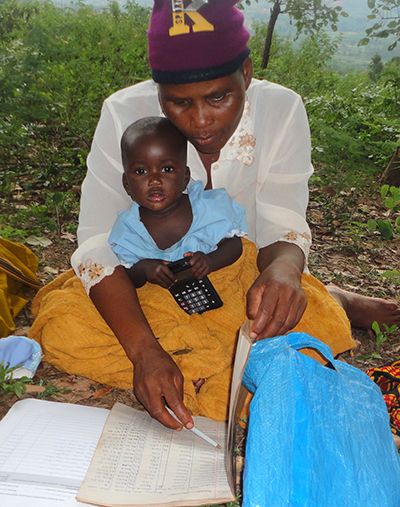 Farmers who successfully implemented these agricultural best practices were designated as “lead farmers” who played a mentorship role among other farmers in their communities.

Banana farmers are now earning an average of $3,500 per year, up from $600 before project interventions. Since the beginning of the project, organized farmer groups have produced 3,761 tons of bananas with a sales value of $1.1 million.

In 2014, Zim-AIED prioritized gender issues across the project’s objectives, rebranding the project’s theme, “Farming as a Business,” to “Farming as a Family Business.” The move addressed gender disparities by setting quotas for women in leadership positions and jointly training couples, increasing women’s participation in farming activities and business decisions. In eastern Zimbabwe’s Manicaland Provence, Zim-AIED achieved a 43.6 percent increase in women serving in leadership roles.

To help farmer groups self-manage after the close of Zim-AIED, NCBA CLUSA prioritized strengthening the organizational capacity of farmer groups by introducing a self-evaluation tool to measure governance, administration, production and marketing.