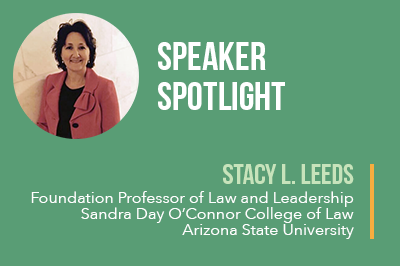 Scheduled for August 2-5, 2021 from 12-2:30 pm EDT each day, “Cooperating to Enhance Native American Food Economies” will explore the role of cooperatives in harnessing Indian Country’s economic and nutritional potential to recover from COVID-19 and propel sustainable rural economic development.

Leeds is Foundation Professor of Law and Leadership for the Sandra Day O’Connor College of Law at Arizona State University where she is part of the Indian Legal Program. ASU has the largest and most experienced Native faculty in the U.S.

Leeds is a former justice for the Cherokee Nation’s Supreme Court, the first woman to serve in that capacity. She also served as a judge for several other Native nations and as a member of the board of directors of the National American Indian Court Judges Association and chair of the American Bar Association Judicial Division’s Tribal Courts Council.