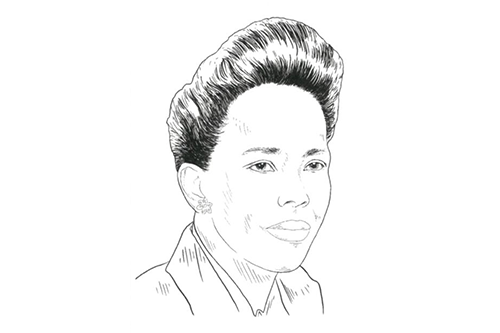 Show your appreciation for Gary’s work by adding your name as a “Friend of Ella Jo Baker.” Your name will appear on the Ella Jo Baker page of Heroes.coop and in the Hall of Fame Commemorative Program. The Hall of Fame will be held on October 6, 2022 at the National Press Club in Washington, DC.

Ella Josephine Baker, a prominent leader of the civil rights movement, grew up in a close-knit African American community in Warren County, North Carolina where Black people pooled their resources to help each other survive and thrive in the aftermath of slavery. An assertive and adventurous soul who experienced early on the benefits of a sharing economy, she worked with George Schuyler in the 1930s to power a new Black cooperative movement in this country. As one of the founding members of the Young Negroes’ Co-operative League (YNCL), and its National Director, she worked with others to promote cooperative economics to solve some of the economic devastation among African Americans that she was seeing in Harlem.

She deepened her knowledge of cooperatives after attending co-op training on a scholarship from the Cooperative League of the United States of America (CLUSA). Soon after, Baker spoke on “What Consumers’ Co-operation Means to Negro Women” at the first conference of YNCL. As the National Director of YNCL, she co-led an ambitious five-year plan to support coalitions of Black local cooperatives and buying clubs connected through two dozen League councils throughout the U.S. to develop a multi-sector cooperative ecosystem.

Over the next decades Baker helped form many cooperatives, inspired many others to pursue the cooperative model and saw the links between self-help, and economic and racial justice. Baker’s early work organizing and promoting cooperatives likely inspired and honed the ideas about the participatory grassroots leadership strategy she is well known for, and she used those insights to inform her organizing for many causes over 60 years. Baker’s roughly 45 years of active cooperative organizing, and the unique work that it spawned in the Civil Rights Movement, created lasting change and exemplifies the qualities of a cooperative hero.