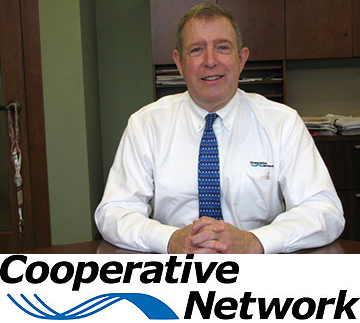 During Oemichen’s 14-year tenure as president and CEO, Cooperative Network has grown to become an influential and highly-respected advocate on legislative and regulatory issues for cooperatives in Washington, D.C.; St. Paul, Minnesota; and Madison, Wisconsin.

“Bill has successfully led Cooperative Network through much change during his tenure, shaping it into the strong association it is today,” said Cooperative Network Board Chair Curt Eischens, a Minnesota farmer who is assistant secretary-treasurer on the CHS, Inc., board of directors. “Cooperative Network is well positioned to continue to serve cooperatives in Minnesota and Wisconsin, and we look forward to bringing on new leadership to help us grow our future together.”

Oemichen, a licensed attorney, was previously head of the Wisconsin Division of Trade and Consumer Protection. Prior to this, Oemichen was deputy commissioner of the Minnesota Department of Agriculture and a staff member in both houses of the Minnesota Legislature as well as the U.S. House of Representatives. Oemichen serves on a number of local, regional and national boards and commissions, much of which he plans to continue in retirement.

“I have greatly enjoyed my work representing Wisconsin and Minnesota cooperatives and advancing member-owned cooperatives as the preferred form of ownership,” Oemichen said in announcing his retirement. “I thank the Cooperative Network board for giving me this opportunity.”

Cooperative Network has begun the transition to new leadership and will soon begin the search for its next CEO. Applications for the position are due August 14.