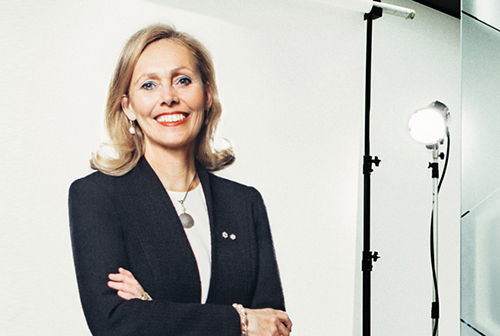 Members of the International Co-operative Alliance last week elected Monique F. Leroux as president for the 2015 – 2017 term during Towards 2020, the alliance’s 2015 global conference and general assembly, held in Antalya, Turkey. Leroux was elected to serve the remaining two-year mandate of outgoing President Dame Pauline Green, who is retiring after six years of service to the international cooperative movement.

Leroux is chair of the board, president and CEO of Desjardins Group, the leading cooperative financial group in Canada and the fifth strongest financial institution in the world. During her term, Desjardins Group has shown sustained growth reaching assets of $250 billion while remaining strongly committed to its cooperative values.

Leroux also chairs the boards of directors of Caisse centrale Desjardins, Desjardins Financial Corporation and the Desjardins Foundation, in addition to her role as the CEO of Desjardins Group and its subsidiaries. She also sits on the board of Crédit industriel et commercial (CIC), a subsidiary of Crédit Mutuel.

As chair of the CQCM (Quebec Association of Cooperatives), Leroux launched an ambitious plan to grow the cooperative movement by 20,000 jobs by 2020. She also contributed to the creation of CMC (Canada), a large national cooperative association.

Very active as an ICA board member, Leroux chairs the IARAC committee. She is also a member of the executive committee of EACB and CIBP, as well as founder and chair of the board of the Quebec International Summit of Cooperatives.Leroux has received numerous honours, including the Order of Canada, the Chevalier of the Légion d’Honneur (France), the Woodrow Wilson Award (United States), personality of Francophonie économique, and holds honorary doctorates from eight Canadian universities. She was recently inducted as a Fellow of the Institute of Corporate Directors for her outstanding leadership in business and governance. Also committed to public policy, Leroux is a member of the Canadian Prime Minister’s Advisory Committee and participates in the B20 and B7/G7.Leroux supports a host of not-for-profit organizations and chairs the Desjardins Foundation, which is committed to the education of young people.

“I am profoundly honoured and moved to have been elected president of the International Co-operative Alliance,” Leroux said. “My thanks go out to our members across the world. I thank them for their support and the trust they invest in me.”

The International Co-operative Alliance publishes each year the World Co-operative Monitor. According to the 2015 edition of the Monitor, the world’s top 300  cooperatives have $2.4 trillion USD in turnover. Cooperatives generate partial or full-time employment for at least 250 million individuals worldwide, either in or within the scope of  cooperatives, making up almost 12 percent of the entire employed population of the G20 countries.