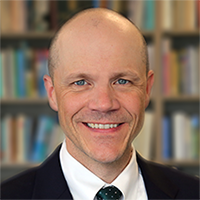 Tune in to WOL 1450 AM, 95.9 FM and WOL Live Stream November 10, 10:30 am EDT, for Everything Co-op, hosted by Vernon Oakes. This week Vernon interviews Doug O’Brien, President and CEO of the National Cooperative Business Association CLUSA International (NCBA CLUSA). Doug and Vernon will have discussion regarding how the midterm election results might impact the cooperative landscape.

As President and CEO of NCBA CLUSA Doug works with the cooperative community, both domestically and internationally, to deepen its impact on individuals and communities. NCBA is the primary voice for cooperatives in the United States for using the cooperative business model to empower people in their businesses and communities. Doug has been with NCBA since 2016, where he has served as the Executive Vice President of Programs before becoming president and CEO in January 2018.

Before coming to NCBA CLUSA, Doug led the work of the White House Rural Council and served in top positions at the U.S. Department of Agriculture Rural Development, a community economic development agency with over 40 programs and 5000 employees that annually finances more than 30 billion dollars. Doug has also worked in the U.S. Senate, U.S. House and for two Governors. O’Brien’s experience in academia includes teaching, researching and writing at the University of Arkansas Agricultural and Food Masters-In-Law Program and Drake University Law School.