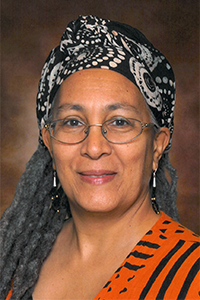 Tune in to WOL 1450 AM, 95.9 FM and WOL Live Stream on March 24, 2022 at 10:30 am EDT for Everything Co-op, hosted by Vernon Oakes. Everything Co-op continues its recognition of Women’s History Month with an interview of co-op hero, author and scholar Dr. Jessica Gordon-Nembhard, a professor at John Jay College and economic social justice advocate.

Vernon and Dr. Gordon-Nembhard will discuss her research on Black women in the U.S. co-op movement, and the Cooperative Development Foundation (CDF)’s “Unsung Heroes” project for the Cooperative Hall of Fame.

Author of Collective Courage: A History of African American Cooperative Economic Thought and Practice (2014) and a 2016 inductee to the Cooperative Hall of Fame, Gordon-Nembhard is a professor at John Jay College, City University of New York. She is a political economist specializing in cooperative economics, community economic development, racial wealth inequality and Black Political Economy. She is a member of NCBA CLUSA’s Cooperative Economics Council; the ICA Committee on Co-operative Research; an affiliate scholar with the Centre for the Study of Co-operatives, University of Saskatchewan; and past board member of Association of Cooperative Educators.

Our host, Vernon Oakes, is a consummate advocate for cooperatives. He is a Past President of the National Association of Housing Cooperatives, and he’s served on several boards and committees to advance the interests of cooperatives. Recently, he served on the Limited Equity Cooperative Task Force, established by Anita Bonds, At-Large Member of the Council of the District of Columbia. Vernon is an MBA graduate of Stanford University, who has used his business acumen to benefit the community by promoting the added value of the cooperative business model.