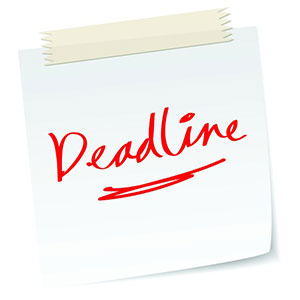 The NCBA CLUSA Board directs, controls and inspires the trade association and international development organization. It brings consistent focus to strategic, long-term impacts and future opportunities to serve the needs of members; emphasizes proactive leadership in policy development and collective decision-making; and assures excellence in governance demonstrated by adherence to the highest standard of ethical conduct.

Eligible candidates must either be individual NCBA CLUSA members or the director or employee of an active or associate member organization. Nominations should include a 250-word biographical sketch of the candidate and a letter stating why he or she wishes to serve on the Board.

Candidates must submit this information via email (masterhost@ncbaclusa.coop) by July 1.

The NCBA CLUSA board-appointed Nominations Committee will review all nominations to verify each candidate’s eligibility per the organization’s bylaws, which require the nomination of at least two candidates more than the number of open positions. Nominees will be notified in advance of the status of their candidacy.

Candidates will have access to a copy of the NCBA CLUSA membership list for campaigning purposes only.

By July 25, the Nominations Committee will present to the NCBA CLUSA membership a slate of no fewer than seven candidates for consideration. Expect to see biographical sketches, letter and photographs of the candidates on the NCBA CLUSA website and in future issues of CBJonline.

Online election is open August 4 to 29, during which NCBA CLUSA members in good standing are invited to cast their votes. Members must pay their dues by June 30 to be eligible to vote. Don’t miss the deadline! Email membership@ncbaclusa.coop to make your payment.

The election is handled electronically through VoteNet, a secure, cost-effective and environmentally responsible online election services platform. Election results will be announced at the Annual Business Meeting, held September 9 in Minneapolis, Minnesota during the Annual Cooperative Conference.