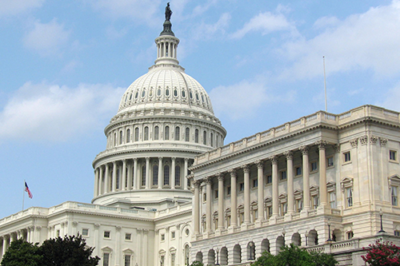 Included in this markup was the Regional Innovation Act (H.R. 4588), a bipartisan bill introduced by Congresswoman Susan Wild (D-PA) and Congressman Jim Baird (R-IN). Rep. Baird is also a co-chair of the bipartisan Congressional Cooperative Business Caucus. The Regional Innovation Act would create new regional hubs for innovation through a grant program to enhance critical national and economic security, support resilient economic development, promoting opportunities in technology, improving market readiness and other goals to achieve regional development and competitiveness in technology and innovation.

During the markup, Congressman Jamaal Bowman (D-NY) offered an amendment to the bill that would strengthen support for cooperative businesses in this grant program. In particular, the amendment would make cooperative associations, cooperative development centers, and other organizations supporting broad-based ownership eligible participants as members of a consortia applying to be a regional innovation hub, or support the formation of a cooperative development center or employee ownership center where one does not yet exist. The amendment also expands eligible activities to include cooperative technical assistance, access to finance, training to startups and support for conversions to cooperatives.

Rep. Bowman introduced his amendment to his colleagues by saying:

“As we tackle the challenges of the 21st century our collective innovation and ingenuity can take us to new heights as a nation…We also need to be intentional about how and where we support research and industries that are going to set us up for success. We need to devote special attention to unlocking the brilliant potential of communities that have been left behind. Whether its small rural communities suffering from depopulation and neglect or formerly red-lined communities that are struggling with disinvestment.”

Share your comments on the White House Conference on Hunger, Nutrition and Health

He continued, “Building community wealth is a key goal of this bill and my amendment seeks to reinforce that goal in a few different ways. If we want to democratize our economy and create new industries in way that brings everyone in, one of the best ways to do so is to put employees in the driver seat by giving them ownership and decision-making stakes in the companies where they invest their time and talent. My amendment encourages that model as well as cooperative business in general.”

In his remarks, Rep. Bowman described the opportunity to leverage the legacy and strength of cooperatives in agriculture and utilities into other sectors.

“In offering this amendment, I am pleased to find common ground with my colleagues across the aisle as well as those who represent rural communities. From rural electric co-ops to farmer cooperatives, some of the most exciting examples of economic democracy come from rural parts of the country and my amendment highlights that expertise.”

The Regional Innovation Act was also cosponsored by Representatives Anthony Gonzalez (R-OH), Haley Stevens (D-MI), and Ro Khanna (D-CA). Rep. Khanna is also a member of the Congressional Cooperative Business Caucus. The bill, as amended, now awaits consideration by the full U.S. House of Representatives, and will work with the Senate to compromise a final bill.