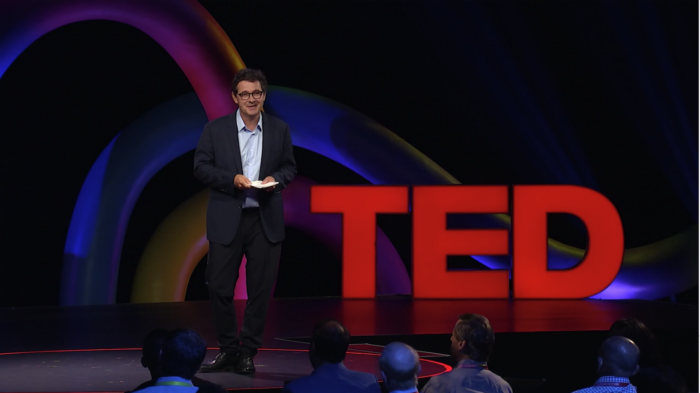 Co-ops date back almost 200 years, run by groups of people that work together to own and operate a company. What does it look like when this tried-and-true business model merges with the digital economy? Trebor Scholz introduces the “platform cooperative,” a new way to create democratic companies of empowered workers — and develop a better, fairer alternative to the gig economy.

Trebor is an advocate of platform cooperativism and an associate professor at The New School in New York City. In his TED Talk, Trebor uses the real-life example of Esmeralda Flores, a cleaner at the Up & Go cooperative in New York City. Esmeralda makes $25 an hour, which is significantly higher than the average rate, and her cooperative connects with clients through an app like most gig companies. Unlike other companies, Up & Go provides training to its members in finance, management and conflict resolution to support personal and professional growth. The members of the cooperative also meet consistently to decide how the business is run, like a traditional co-op. Platform co-ops, however, are unique because the worker-owners also collectively own the intellectual property of the software they use. This allows decisions about the scale, cost and impact of the software to be made collectively and thus stays in line with the best interests of the cooperative as a whole. Platform co-ops have been wildly successful. The Up & Go cooperative was founded in 2018 and has already increased its revenue by 97%. Trebor also discussed The Drivers Cooperative, an NCBA CLUSA member, which is a ride-hailing cooperative in New York City. Since its founding in 2020, The Drivers Cooperative already has 3,500 drivers that make between 10 and 30 percent more than the drivers on large ride-hailing platforms. The passengers also pay five percent less. And already, despite this being a very new company, it’s one of the largest worker cooperatives in the United States.

Now, I’m not here to tell you that this one model will eradicate economic inequality forever. It’s not, right? But what we need is more variety in the economy. We need small, unionized private businesses, we need employee ownership, and we need platform cooperatives.