Stanley W. Dreyer, a model cooperative leader and mentor to generations of fellow cooperators, died last week at his home in Springfield, Virginia. Dreyer left a profound and lasting impact in the cooperative world.

Raised in Brighton Colorado, his father was active in the Consumers Cooperative Association and Stan worked in the local co-op supermarket and participated in 4-H. Stan went on to travel the world as a tireless champion of cooperative development.

Over his long professional life, Dreyer served as president of the Cooperative League of the United States (now NCBA CLUSA), board member of the International Co-operative Alliance and senior officer of the National Cooperative Bank.

Although Dreyer’s interests and involvement in cooperative development crossed sectors and continents, colleagues agree that his most urgent energies were spent closing gaps in cooperative finance by creating a national cooperative bank. Early in his tenure as president of NCBA CLUSA, Dreyer commissioned a study of the need for a non-agricultural cooperative bank to serve non-ag cooperatives.

Armed with the study results, Dreyer formed and directed a finance steering committee in 1973 to recommend an outline for the creation of the bank. After five years of relentless advocating and recruiting influential supporters—among them consumer advocate Ralph Nader—Dreyer and his team were finally successful. Congress passed the 1978 Bank Act, creating the first-ever bank for consumer cooperatives. Ed Jaenke, former governor of the Farm Credit Administration, called it Dreyer’s “most historic and greatest contribution to the cooperative idea.”

Beyond his significant professional achievements, Dreyer’s most lasting impact may be in his personal influence on and connection with generations of cooperative professionals. Rich Larochelle, chair of the Cooperative Development Foundation’s Board of Directors, recalls why Dreyer was universally respected. “Stan made a real and lasting difference. He radiated co-op values. It would be difficult to find a kinder or more genuine person. He was inspiring and a giant in the co-op world.”

Allie Felder, former Senior Vice President of NCBA CLUSA, said in his letter of support for Dreyer’s nomination to the Cooperative Hall of Fame, “he provided inspiration to people to have faith and give their best to the cooperatives. His belief was contagious.”

Memorial services for Stan Dreyer will be held on Thursday, October 19 at 1 p.m. at Grace Presbyterian Church in Springfield, Virginia.

Sharron Dreyer has requested that donations in her husband’s memory be made to benefit cooperative development and education through the Cooperative Development Foundation. Contributions can be made through the CDF website. Checks may be sent to CDF offices located at 1775 Eye Street, NW, Washington DC 20006. Please indicate “Stan Dreyer Memorial Fund” in the subject line. 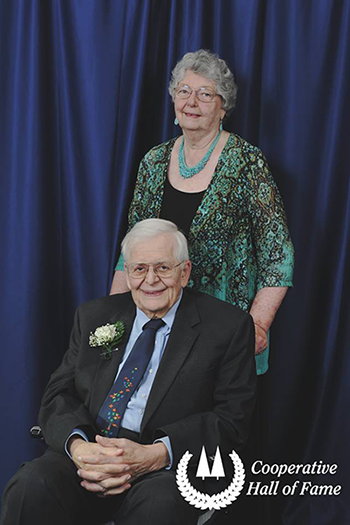