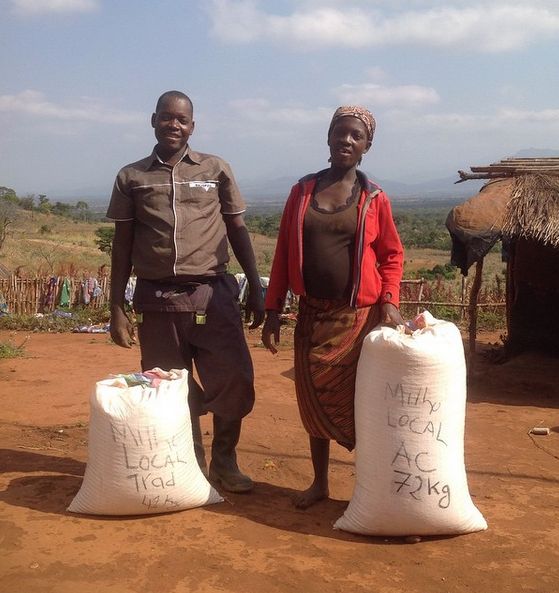 The Agriculture Extension project will target Manica and Zambezia districts, which are some of the poorest in Mozambique. According to Mozambique’s National Poverty Reduction Plan (PARP 2011-2014) poverty rates in Manica and Zambezia actually increased over the past decade. In Zambezia, poverty rates increased dramatically from 45 percent in 2003 to 70 percent in 2011. As a large percentage of the population is involved in agriculture, a sustainable increase in farmers’ productivity could drastically affect food security. NCBA CLUSA will focus on increasing yields and reducing post harvest losses through establishing an effective trainer network, affecting farmers’ incomes and productivity from planting to sale.

In order to impact food security as well as incomes, the project will target crops with the largest potential to both increase farmer profitability and reduce harvest lost including beans, pigeon pea, soy, maize, groundnuts and cassava.

The $317,000 project will run until August 2016, with a likely extension through 2017, targeting 3,000 farmers directly, and 24,000 farmer family members. Through improved technologies and inputs, the goal is to increase agricultural productivity by 50 percent. Training will take place through the establishment of an agricultural extension services system, where lead farmers will set up 135 demonstration plots to showcase techniques like irrigation, conservation farming, animal traction and mechanization, and quality inputs such as improved seed.

The project will be conducted in coordination with IFC technical services and PROMAC, one of the current NCBA CLUSA projects in Mozambique, funded by the Government of Norway. PROMAC already focuses on conservation agriculture techniques, which have been proven to increase yields by an average of 60 percent or more, making the expansion of these techniques key to combat food security in these new project zones.

In addition to extension services, NCBA CLUSA will work to strengthen producer groups, create a network of contact farmers, and train on post-harvest handling techniques such as proper drying and storage to reduce post-harvest spoilage and losses. NCBA CLUSA will also strengthen the relationship between producers and input providers, providing quality seeds and fertlizer to farmers and an increased distribution network for the input providers, as well as access to long term financial solutions.NCBA CLUSA has been active in Mozambique for over 20 years, working with farmers and producer organizations since 1994.(November 17, 2015)