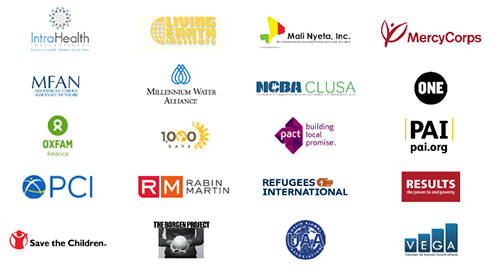 NCBA CLUSA is among more than 100 organizations and individuals that signed a letterdelivered to the White House April 15 urging the Obama Administration to “act expeditiously” to nominate a permanent administrator to the U.S. Agency for International Development (USAID).

The position has been vacant since February, when Administrator Rajiv Shah stepped down. Shah’s confirmation by the Senate in 2009 followed an almost yearlong vacancy that, according to the letter, compromised USAID’s development work.

“As an agency that already lacks a Cabinet-level voice, having strong leadership at the top is imperative,” the letter states.

The letter closes by highlighting the critical role USAID plays at home and worldwide: “We ask that you nominate a new administrator as soon as possible to sustain strong U.S. leadership on development programs that are vital to our national interests and an expression of our core values, as well as crucial to the lives and well-being of women and men around the globe.”

NCBA CLUSA is currently implementing more than a dozen projects funded by USAID, ranging from Yes Youth Can!, which supports youth-led democracy and governance in Kenya, to Yaajeende, a flagship nutrition-led agriculture project in Senegal.