In celebration of its 100th Anniversary, NCBA CLUSA will present “In the Spirit of Cooperation,” a Visionaries documentary produced for public television, at a launch reception with members of the Congressional Cooperative Business Caucus, Congressional staffers, cooperative leaders and media at the U.S. Capitol Visitor Center on September 29 from 5:30 – 7 p.m.

Co-sponsored by CoBank and National Cooperative Bank, this launch reception will promote the impact of cooperative businesses in the U.S. economy, highlighting their contributions to job growth and creation, community sustainability and economic inclusivity.

Hosted by actor Sam Waterston (Law & Order, The Newsroom), “In the Spirit of Cooperation” features stories from some of NCBA CLUSA’s members and development projects in the U.S., Mozambique and East Timor, including a credit union that helped revive a food desert, a coffee co-op that became its nation’s largest private healthcare provider and a food co-op doing its part to combat income inequality by paying the highest entry-level wages in the country for its industry.  Over six months and three continents, the Visionaries Series—which airs its 21st season on PBS in October—documented cooperative entrepreneurialism and innovation at every turn, highlighting the scope, impact and potential of the cooperative business model during NCBA CLUSA’s 100th Anniversary.

“Visionaries produces media that can have a measurable impact on the greater good,” said Bill Mosher, Visionaries founder and Executive Producer for the show. “Our shows are created to inspire through a sense of shared experience. I can’t imagine anything more compatible with the co-op model,” he added.

[Visionaries Director and Executive Producer Bill Mosher, wearing a Real Pickles hat, interviews Eurico Amaral in his cocoa seedling nursery in East Timor, during the Cooperativa Café Timor shoot.]Members of the Cooperative Communicators Association (CCA) in town for their 2016 Professional Development Workshop, along with local media, are invited to attend the launch reception and incorporate the impact of cooperative businesses in their messaging during National Co-op Month in October under the theme, Co-ops Build a Better World.

NCBA CLUSA members and supporters in the Washington, D.C. area are invited to join us for this launch reception. The U.S. Capitol Visitor Center—the main entrance to the U.S. Capitol—is located beneath the East Front plaza of the U.S. Capitol at First Street and East Capitol Street.

Before entering the Capitol Visitor Center, all visitors are screened by a magnetometer and all permitted items are screened by an x-ray device. The following items are strictly prohibited in the Capitol: liquid, including water; food or beverage of any kind; aerosol containers; any pointed object, other than pens and pencils; any bag larger than 18” wide x 14” high x 8.5” deep; guns, replica guns, stun guns, ammunition, martial arts weapons, knives and fireworks; mace and pepper spray; and razors and box cutters.

Please keep in mind that there is very little public parking available near the Capitol. The nearest public parking facility is at Union Station, north of the Capitol. Metered street parking is found along the Mall, west of the Capitol.
NCBA CLUSA encourages visitors to take a cab, Uber, Lyft, Metro or other public transportation to this event. There are three Metro stops within walking distance of the Capitol Visitor Center: 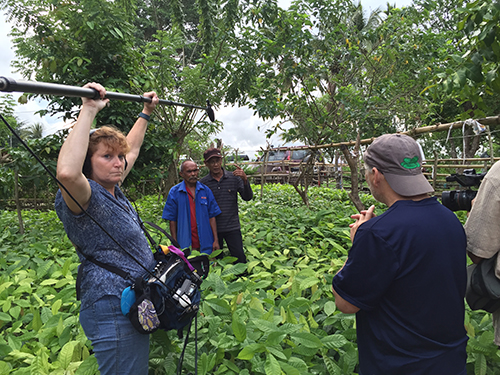