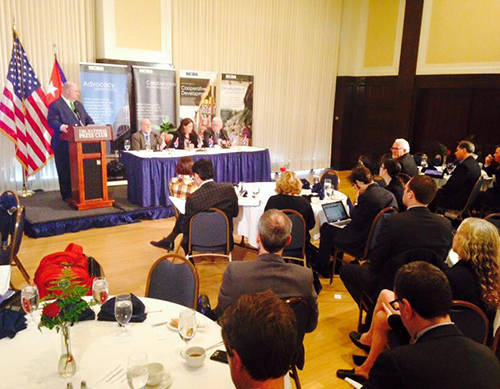 Moderated by NCBA CLUSA president and CEO Mike Beall, the press conference featured cooperative experts representing industry sectors addressing the emerging role co-ops are playing in Cuba’s economic reform and how engagement between U.S. and Cuban cooperative sectors can bolster the movement in both nations.

Look for NCBA CLUSA’s full coverage on the launch in next week’s CBJ Online.

For U.S. businesses, road to Cuba fraught with uncertainties
By Victoria Guida, Politico