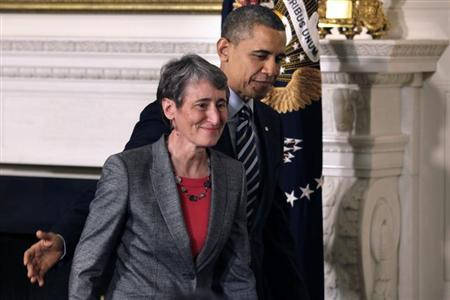 (WASHINGTON, DC) – The National Cooperative Business Association (NCBA) congratulates Sally Jewell, president and CEO of REI on her confirmation as Secretary of the US Department of the Interior.“We are thrilled that Sally Jewell has been confirmed and look forward to working with her as we promote the cooperative business model on Capitol Hill and within the Administration,” said Mike Beall, president and CEO of NCBA. “The cooperative community is proud that a leader who understands the valuable contributions cooperatives make to the United States and its economy is now a member of President Obama’s cabinet.”NCBA looks forward to increasing the awareness of the cooperative enterprise, highlighting its success through the leadership shown by Secretary Jewell as former president of an organization grounded in the core principles shared by all cooperatives, which includes volunteerism, concern for community, and democratic governance.REI is the largest consumer cooperative in the United States and its 4.7 million members are among the more than 100 million Americans who participate as members of cooperatives.