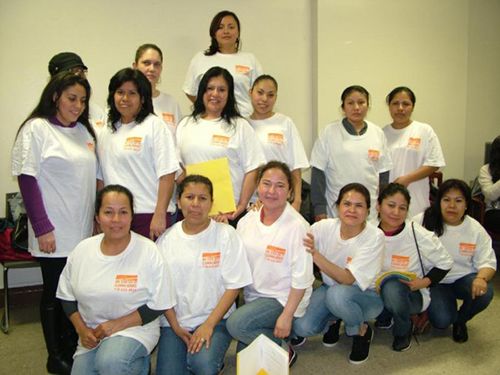 The research involved an online survey, which gathered perspectives from around the world, and follow-up interviews with key informants. Overall, 581 participants responded to the survey, 64 percent in English, 23 percent in Spanish and 12 percent in French.

Around 75 percent of respondents said they believed cooperatives had improved the participation of women over the past 20 years.

In Europe and North America, interviewees reported achievements in gender equality particularly within the financial sector and in social cooperatives. In Africa, Latin America and India, interviewees reported particular progress in the agricultural sector. In other parts of Asia—where women participate primarily in consumer, credit and producer cooperatives—respondents stated that efforts to enhance women’s participation appear to be underway at all levels of cooperative institutions.

The report revealed that cooperatives also facilitate various indirect effects on wom­en’s employment. In fields such as food security, finance, housing, healthcare, childcare and eldercare, cooperatives provide women with affordable and accessible services that enable them to work while meeting their basic needs and those of their families.

Cooperative-led awareness-raising activi­ties that address issues such as child labour, child marriage, HIV, gender-based violence and alcoholism are also seen as having an impact on the status of women and their livelihoods. Many respondents stated that cooperative members also gain training, skills and experience that they would not otherwise have access to.

According to survey respondents, 60 percent of the cooperatives with which they are most familiar have equality, inclusion and diversity policies or strategies in place. However, almost 50 percent of respondents said that training sessions relevant to women’s empowerment and gender equality are never held.