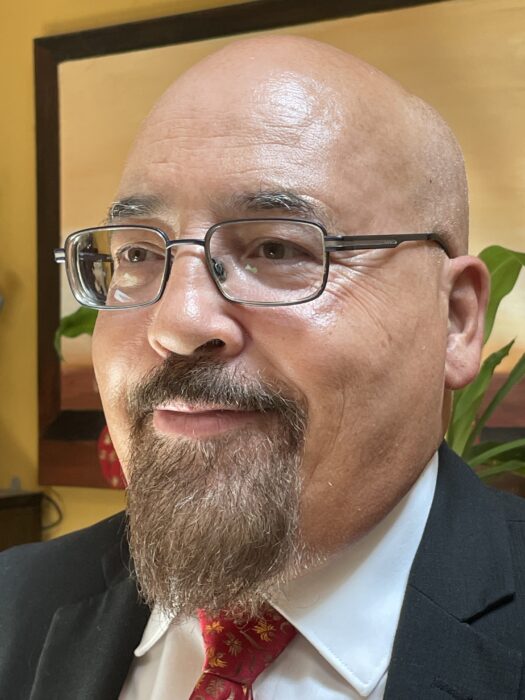 Tune in to WOL 1450 AM, 95.9 FM and WOL Live Stream, on October 7, 2021, 10:30 am Eastern, for Everything Co-op, hosted by Vernon Oakes. This week in observance of Hispanic Heritage Month, Vernon interviews Pablo DeFilippi, CUDE, Senior Vice President of Membership and Network Engagement at Inclusiv. The theme for this year’s celebration is “Esperanza: A Celebration of Hispanic Heritage and Hope.” The theme encourages us to reflect on all of the contributions Hispanics have made in the past and will continue to make in the future. Throughout his career Pablo has worked tirelessly to expand access to capital for Hispanic communities. Vernon and Pablo will discuss his career, and the ways in which Community Development Credit Unions impact low- and moderate-income people and communities.

Pablo DeFilippi is currently Senior VP at Inclusiv, a national, nonprofit association of over 400 credit unions and CDFI intermediary that represents supports and invests in credit unions serving predominantly low-income, financially underserved communities. In this capacity he leads Inclusiv’s membership development and engagement strategies and manages Inclusiv /Network, a network of community development finance practitioners that provide valuable consulting services to CDCUs. Mr. DeFilippi has more than 20 years of experience in community finance, working with regulated financial institutions both in the domestic and international arena. Originally from Chile, DeFilippi came to the US in the early 90s and almost immediately became involved in credit unions.

After working at MCU, a large credit union serving New York City employees, he joined the Lower East Side People’s FCU (LESPFCU) a credit union serving Hispanics and other underserved populations in the New York City area and acted as its CEO until early 2004. From then and until the end of 2005, Mr. DeFilippi managed the World Council of Credit Unions, Inc. (WOCCU)‘s International Remittance Program (IRnet), a world-wide initiative to provide alternative remittance services to consumers both in the US and in recipient countries through the credit union system.

Mr. DeFilippi holds a B.A. in Social Studies from Universidad de Chile, as well as a Professional Accounting Certificates from Baruch College and New York University. He has a Master of Business Administration from Pace University and is a graduate of CUNA’s Management School and NCUF’s Social Impact Management Institute. He is also a Credit Union Development Educator (CUDE) and a UK Credit Union Development Educator.